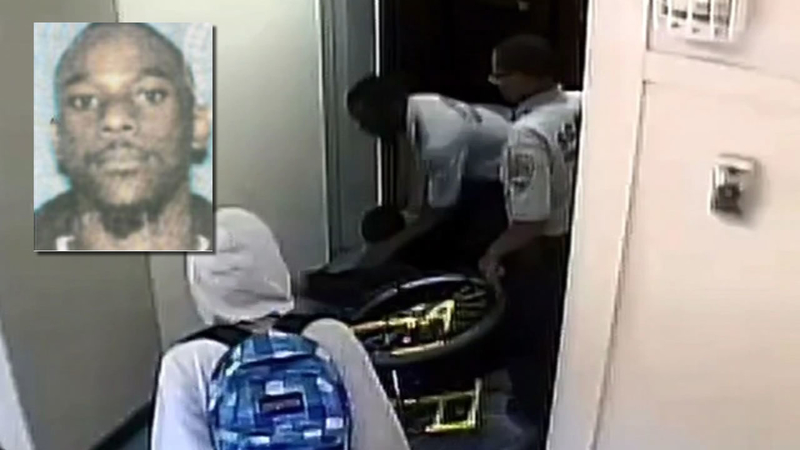 OAKLAND, Calif. (KGO) -- A former school security officer in Oakland was sentenced Monday for attacking a student who suffers from cerebral palsy and uses a wheelchair. The incident happened in June of last year and was captured on surveillance video.

From a different angle, you can see the disabled student thrown out of his wheelchair.

In court on Monday, Mitchell was sentenced to five years of probation.

His mother said it was a big lesson for her son. "The different things and the different violence that happens while you are in jail or in prison, it was a wake up call," Kendra Mitchell said.

In court Monday, Mitchell, the former security officer, told the judge it was a life-learning experience and asked the victim and his family for forgiveness for any harm he caused them.

That's because Mitchell became angry after the student, at the time 17 years old, had argued with him, slapped him on the hand and spit on him.

Shortly after the incident, students came to the defense of the security guard. But Oakland Unified School District officials maintained Mitchell should have kept his cool.

"I was brutalized, thrown on the floor with his knee on my neck," Martinez said.

They offer help for troubled students like Martinez. "It's very supportive, it's educational, it's psychological. It's family, how can we help the family," Sheppard said.