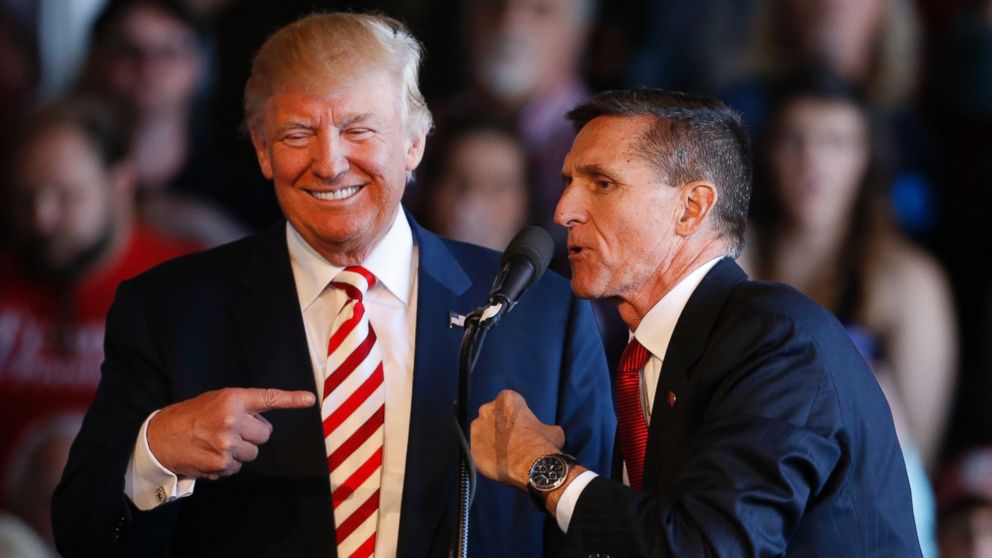 ABCNews
By ARLETTE SAENZ
Russia's ambassador to the U.S. invited the Trump administration to Syrian peace talks during a phone call in December -- on the same day the Obama administration announced sanctions against Russia in retaliation for its hacking during the U.S. election -- a Trump representative said Friday.

The Obama administration was unsuccessful in securing a seat in Syria peace negotiations during talks with Russia and other regional powers and has been excluded from the most recent rounds. The next talks about Syria are scheduled for Jan. 23 in Astana, Kazakhstan, three days after Trump takes office.

Spicer initially told reporters the conversation between Flynn and Kislyak only focused on arranging a phone call between Russian President Vladimir Putin and President-elect Donald Trump after the inauguration.

"They exchanged logistical information on how to initiate and schedule that call," Spicer said. "That was it. Plain and simple."

But Spicer later told ABC News the phone call included an invitation from the Russian ambassador to the Syrian peace talks. He emphasized that the topic of U.S. sanctions against Russia did not come up during the conversation.

Spicer said that Flynn and Kislyak exchanged text messages greetings on Christmas day. On Dec. 29, the same day the Obama administration announced its response to Russia's election-related hacking, Kislyak sent Flynn a text message asking if they could speak by phone. Flynn accepted the invitation, Spicer said. Spicer initially told reporters they spoke on the phone on Dec. 28, but later told ABC News he misspoke and clarified the call occurred on Dec. 29.

The Russian Embassy in Washington declined to comment specifically on the call but confirmed the ambassador will attend Trump's inauguration.

"The embassy does not comment on multiple contacts, which are carried out on a daily basis with local interlocutors," a representative for the Russian Embassy told ABC News. "According to the practice and protocol rules, foreign ambassadors are invited to the U.S. president's inauguration. The invitation to the event addressed to Russia's ambassador Sergey Kislyak was received from the State Department. The ambassador will participate in the event."

The Washington Post previously reported Flynn spoke with Kislyak multiple times on Dec. 29, the same day the Obama administration formally announced sanctions and kicked 35 Russian diplomats out of the country.

The State Department and the White House both agreed today that there's nothing wrong with the incoming administration making contact with diplomats, but White House spokesman Josh Earnest said he could neither raise an objection to this specific call nor deem it appropriate without knowing exactly what was said.

"As a general matter, you know on principle, you can imagine why these kinds of interactions may have taken place, why the incoming national security adviser may have the need to contact the representative of a foreign government based here in Washington D.C.," Earnest told reporters at the White House briefing today. "It depends on what they discussed. It depends on what he said, in terms of whether or not we would have significant objections about those conversations."
Related topics:
abc newsnational
Copyright © 2020 ABC News Internet Ventures.
More Videos
From CNN Newsource affiliates
TOP STORIES