KGO
SAN JOSE, Calif. (KGO) -- Police in the South Bay are searching for a molestation suspect that escaped custody Friday afternoon. They suspended the search just before 6 p.m., but it reignited less than an hour later with a burglary at the Sierra Crest apartments.

Police are looking for 40-year-old Johnell Carter. He's described as an African-American male, 5 feet 11 inches tall, weighing 220 pounds with a shaved head, goatee, and the word "Alice" tattooed on his neck. Carter has been in jail since March 2014 on five counts of child molestation. 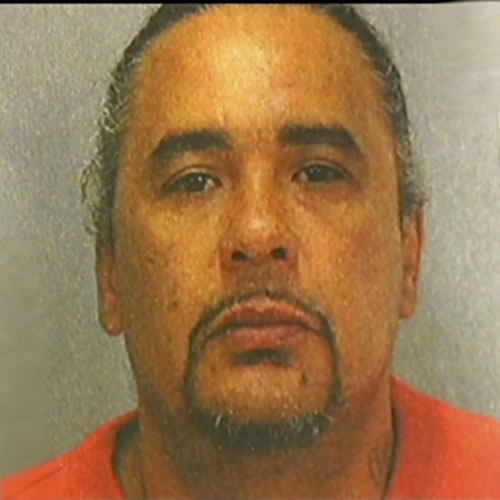 Authorities began searching around Thornton Way and Moorpark Avenue, near Santa Clara Valley Medical Center in San Jose. That's where Carter used a doctor's appointment to get away.

There were dozens of police cars, K-9 units and helicopters overhead involved in the intense manhunt. Then, a little after 6:30 p.m., San Jose police say they were called to the Sierra Crest apartments for a report of a burglary.

A person got home and saw the burglar leaving his apartment, but that person waited about 15 minutes before calling police so by the time officers arrived, the man was gone.

San Jose police said there is evidence to support the burglar was the escaped inmate and that he has changed clothes.

"He should be considered dangerous. He's not armed to our knowledge. If the public does see him, please call 911 immediately," Sgt. James Jensen from the Santa Clara Co Sheriff's Department said.

People who live in the area are on alert.

"We have a dog and she's a pit bull, so nobody is coming near us, we're safe here. But as far as the rest of the neighborhood, I'm sure everyone's going to have an eye open," San Jose resident Peggy Sutton said.

"It's kind of interesting to see everything happen. It's right here in front of my house," resident Jamie Trovato said.

As part of the hunt, the Sheriff's Department is contacting Carter's family and checking phone records.

"We record our phones at the jail, so we'll go back and do investigation work and see if it was a planned escape," Jensen said.

As of 11 p.m. Friday night, there were no road closures or evacuations on place.

Stay with ABC7 News for the latest on this developing story.
Related topics:
san joseinmatessanta clara countysearchburglarysjpdhospitalmolestationsheriffpoliceescaped prisoner
Copyright © 2020 KGO-TV. All Rights Reserved.
More Videos
From CNN Newsource affiliates
TOP STORIES
A Day On BART 2020: What riding the trains is really like