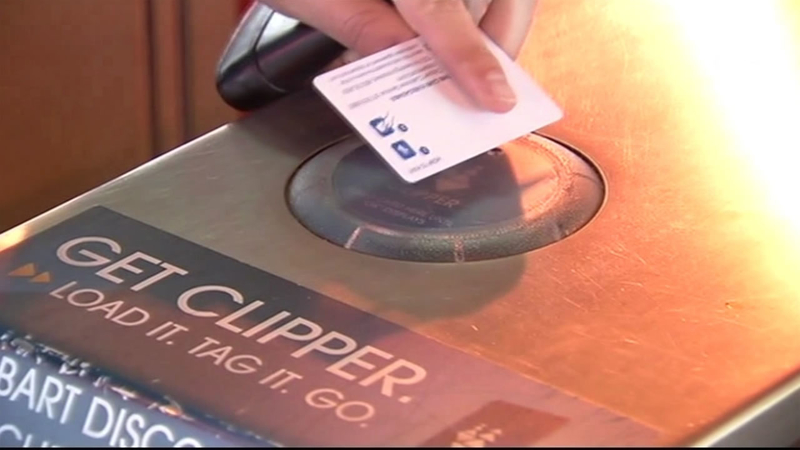 SAN FRANCISCO (KGO) -- A 7 On Your Side report has brought a victory for Bay Area transit users. Government rules are changing because of a report Michael Finney aired a month ago.

A viewer reported his Clipper card went missing, and the thief was able to use the card all day long. Not only that, but Clipper made the customer pay for the rides.

We began asking questions, like why isn't a card turned off right away ? And how much are agencies making on stolen cards? We got surprising answers and some quick action.

Bruce Mirken jumped on a BART train in San Francisco and as the doors closed behind him, he realized he'd dropped his wallet on the platform.

"I went one stop, came back, retraced my steps, hoped I could find it, didn't find it," he said.

He quickly canceled all of his credit cards and his Clipper card. However, he later found out someone had been using his card to ride on public transit all day long. Not only that, Clipper said he had to pay for the rides.

Turns out the small print in the Clipper contract says "a cardholder is responsible for charges until the end of the day it's reported lost or stolen."

Bruce said he was flabbergasted

"Clipper is basically saying to a thief, you can steal somebody's card, we'll let you use it all day, and we'll charge the customer," Mirken said.

Clipper admits an outdated computer system is incapable of blocking a stolen card until the end of each day. That's because data must get to thousands of card readers at 28 transit agencies, many of which can't be updated until they return to the yard.

We took this issue to Dave Cortese, chairman of the Metropolitan Transportation Commission, which runs Clipper. He brought it up to the commission and now MTC is planning to reverse the longstanding rule.

"I heard the story of Mr. Mirken and what he went through and of course that's not only a cost to him but a frustration," Cortese said.

"I think there should be a concern that the transit operators are going to start depending on that money and they really shouldn't be depending on money that is a result of criminal activity," Cortese said.

Under the new proposal, transit agencies would forfeit any revenue that came from a stolen card, rather than charge the card holder.

"It's an moral issue. I mean if they had to put a line item in every budget of every transit agency that said 'revenue from stolen cards,' I think they'd be embarrassed," Cortese said.