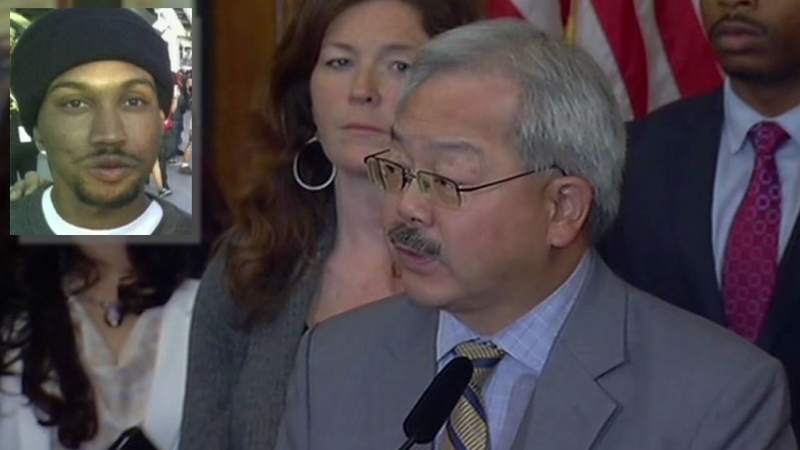 SAN FRANCISCO (KGO) -- There are renewed calls for the San Francisco Police Department to revamp their use of force policy and use less-lethal alternatives, such as using Tasers and shields.

Monday evening, at the Third Baptist Church, the NAACP met to talk about last week's death of Mario Woods, a 26-year-old man from the Bayview District. Woods was carrying a knife last Wednesday when police shot and killed him.

San Francisco Mayor Ed Lee has asked the police commission and Chief Greg Suhr to review the city's use of force policies. Lee says he has seen the videos of the shooting, which witnesses caught on cellphone video, and wants answers to the questions it raises.

Mayor Ed Lee said the videos were deeply upsetting, the videos show Woods' final moments on Wednesday afternoon. Woods, a stabbing suspect, was killed in a barrage of gunfire after police first shot him with bean bags and pepper spray, with no apparent effect.

Police maintain that Woods moved threateningly at them with a knife. Many others who watched the video say he did not.

"Black lives do matter and as mayor, I commit we will take all necessary steps to prevent these kinds of incidents when at possible," said Mayor Ed Lee.

Lee asked the police commission to begin reviewing existing polices on police use of force and he ordered Chief Greg Suhr to take immediate steps to insure lethal force is used only as a last resort.

"Chief is already equipping officers with protective body shields, instituting significant changes to instruction for when and how officers use their firearms," Lee said. "I have directed Chief Suhr to take specific, immediate steps to ensure they have more options to resolve situations with the minimum use of force."

"We would like to have Tasers and that will be part of the discussion that will be taken up when we open up our use of force policy," Suhr said.

Rev. Amos brown, head of the San Francisco NAACP, says he offered suggestions to change lethal force policies after Ferguson, but that the commission ignored them. He said, "What good does it do with a Taser in a person's hand when their heart is not right, in terms of respecting the worth and dignity of black people?"

Police, the district attorney and the office of citizen's complaints are also investigating the fatal shooting.

There was a lot of passion and anger Monday night at a meeting of the San Francisco NAACP.

The meeting was hosted by Rev. Dr. Amos Brown, pastor of the Third Baptist Church and president of the San Francisco NAACP. He is calling for police sensitivity training, among other things. However, this video of Woods getting fatally shot has made people so angry many don't feel that would be enough.

One woman at the meeting shouted, "We want the chief to step down if he thinks that was a justifiable homicide!"

Some people couldn't help but yell. They're demanding change in the police department.

Rev. said, "This community does not trust this police department."

The police department argued Woods was coming towards an officer in a threatening manner, still holding a knife, but many say that's not what they see in the video and that police are slandering Woods in the media.

"With Mario Woods, you speak about his mental illness, his criminal record, and you make him look like a villain, as if he deserved to die," San Francisco resident Yayne Abeba said.

"The issue of racial inequality within the police department has been an issue for decades," San Francisco Daniel English said.

Two members of the police commission took some heat at the meeting. Dr. Joe Marshall says he is committed to a thorough review of the department's use of force policy.

The police commission meets Wednesday night and Rev. Brown is asking members of the NAACP to attend. 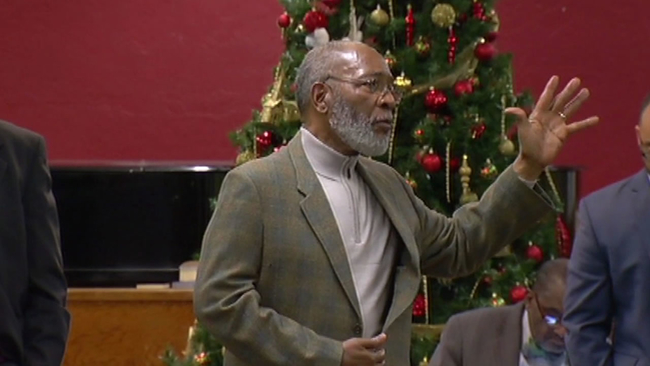 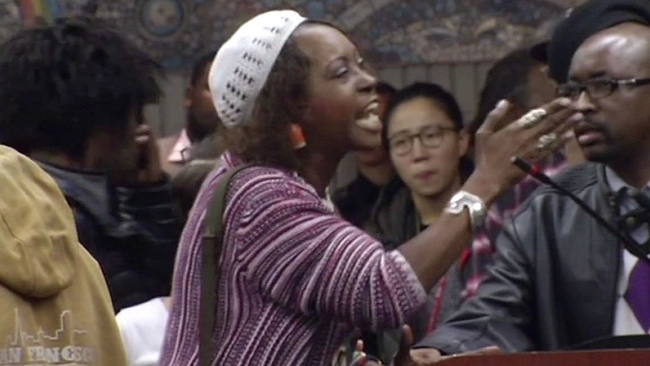 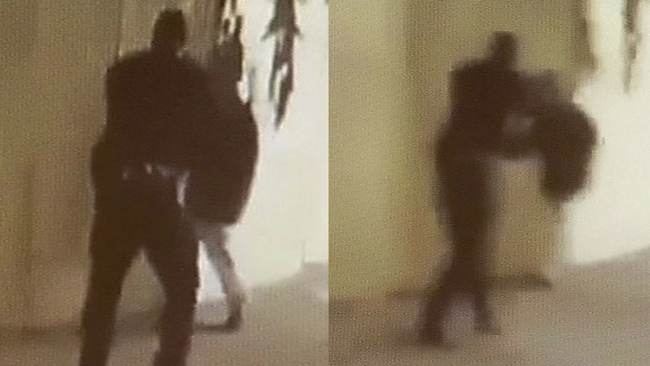 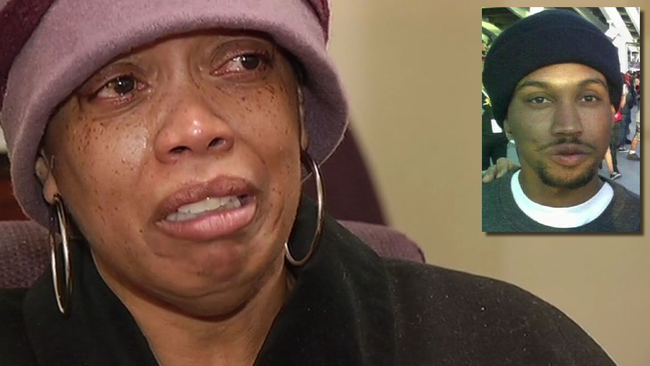