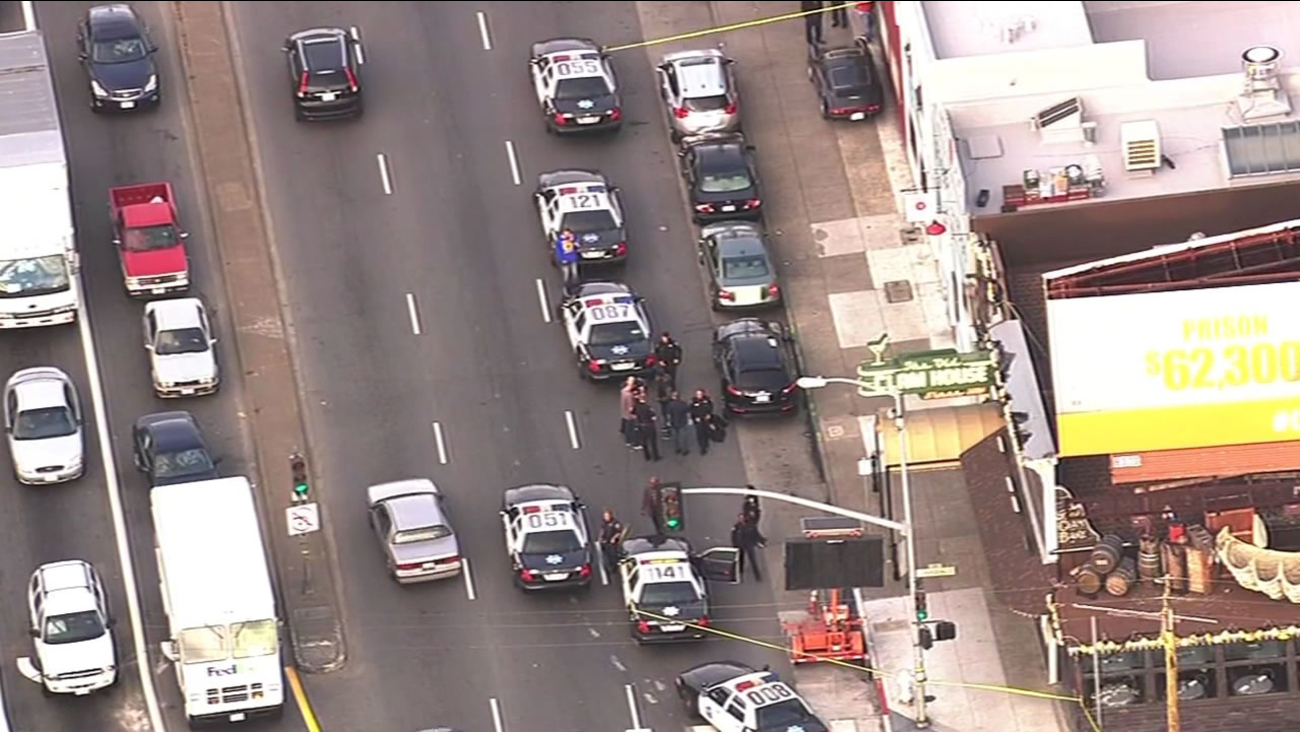 Police are investigating a fatal shooting that killed one person and injured two others in San Francisco's Bayview District.

The shooting occurred Tuesday afternoon at Ingalls Street and Revere Avenue in the Bayview District.

Witnesses reported people in two cars firing shots at one another. It's believed that one person was killed at that location.

At least one of the victims was sitting inside a nearby car that was riddled with bullet holes. That person also died.

Police gathered evidence at both locations.

Investigators said the victims who died are an identified gang member and a woman who was caught in the crossfire.