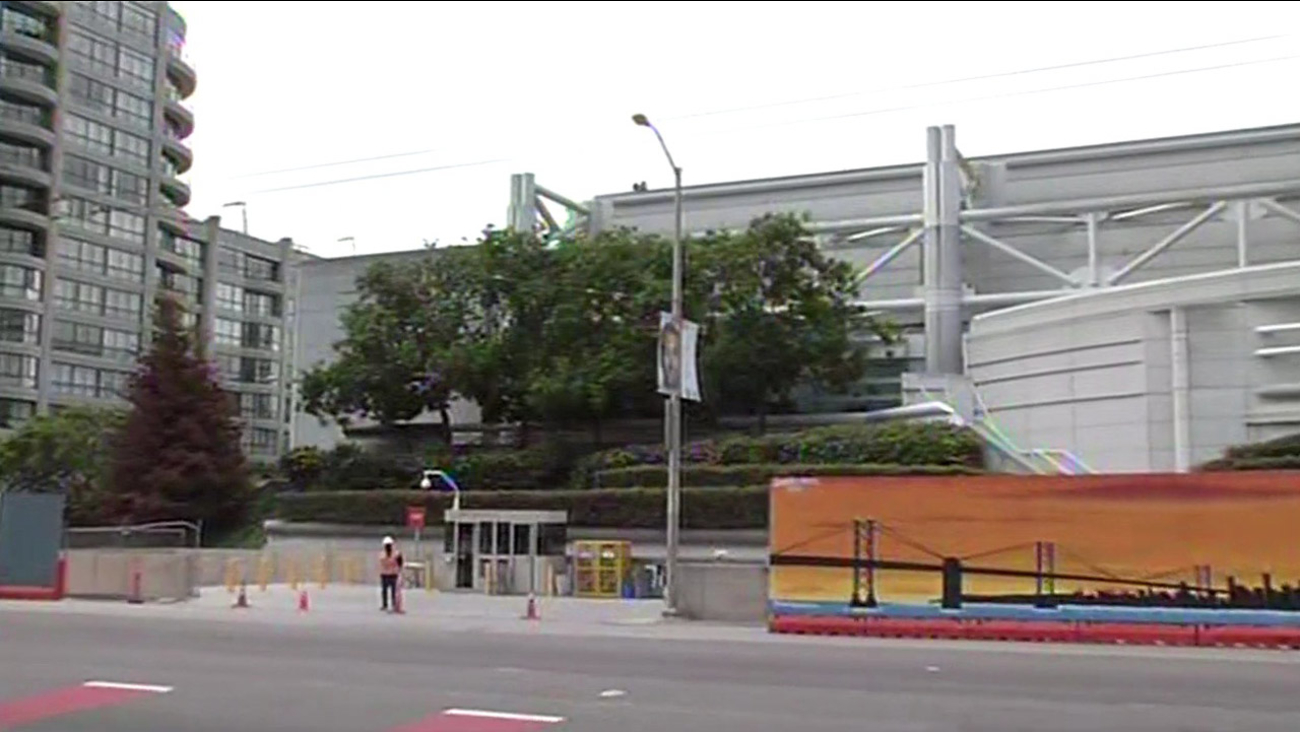 San Francisco police are investigating the death of a worker at the Moscone Center, San Francisco, California, Friday, May 13, 2016. (KGO-TV)

SAN FRANCISCO -- Police are investigating the death of a construction worker who was operating equipment at a construction site at the Moscone Center in downtown San Francisco this morning.

The incident was reported at 8:12 a.m., when the construction worker was operating a cherry picker inside a ramp that goes below ground at the Moscone Center on Third Street between Folsom and Howard streets, according to police spokesman Officer Albie Esparza.

The worker was standing atop the cherry picker, when he made contact with the concrete ceiling. Several of the man's coworkers witnessed the accident and immediately brought him down from the equipment, Esparza said.

The victim, described as a middle-aged man between 40 and 50 years old, was pronounced dead at the scene. His identity will be released once his family has been notified, according to Esparza.

"It's certainly tragic," Esparza said. "A lot of his coworkers did witness this, so were trying to interview them to determine what happened exactly so that this does not happen again."

No other injuries were reported and there was no damage to the construction site, according to Esparza.

Because the death was determined to be a workplace accident, the police's Traffic Collision Investigation Unit, along with the California Division of Occupational Safety and Health, will be looking into the incident.
Related topics:
san franciscoworker deathsfpdconstruction accident
Copyright 2021 by Bay City News, Inc. Republication, re-transmission or reuse without the express written consent of Bay City News, Inc. Is prohibited.
More Videos
From CNN Newsource affiliates
TOP STORIES