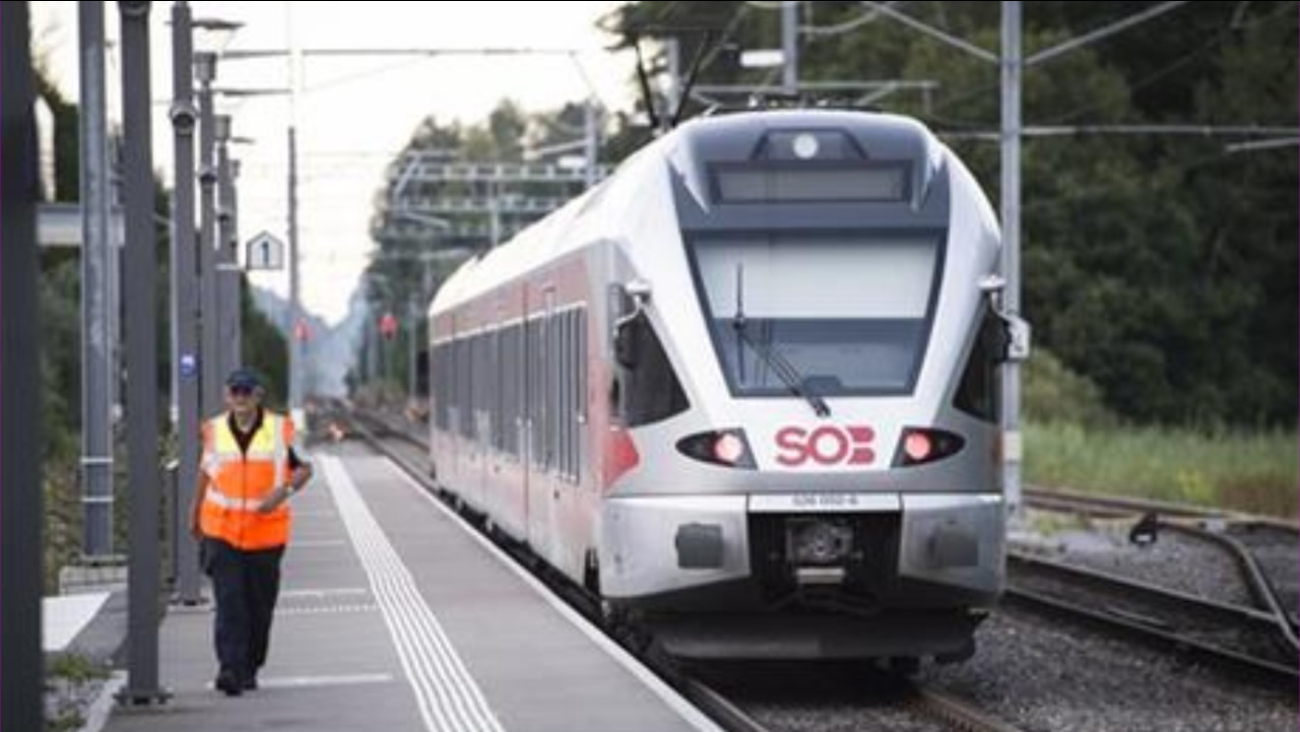 The train stands at the station after a man attacked other passengers aboard the train at Salez, Switzerland, on Saturday, Aug. 13, 2016. (Gian Ehrenzeller / Keystone via AP)

AP
BERLIN -- Police in Switzerland say a Swiss man set a fire and stabbed people on a train in the country's northeast, wounding six people as well as himself.

Police in St. Gallen canton (state) say the incident happened at 2:20 local time (1220 GMT) Saturday afternoon as the train neared the station in Salez, near the border with Liechtenstein.

They say the 27-year-old suspect had at least one knife and poured out a flammable liquid, which caught fire.

Police spokesman Bruno Metzger said that the assailant poured the liquid on one woman, and that it appeared to have caught fire when it came into contact with oxygen.

Police say the wounded included a 6-year-old child, three women aged 17, 34 and 43, and two men aged 17 and 50. Some of the injuries were said to be serious but there were no further details immediately.

Police were investigating the attacker's motive. Switzerland's 20 Minuten newspaper reported on its website that police did not believe the incident was terrorist-related.

In July, a refugee from Afghanistan attacked four tourists on a German train, then stabbed a woman as he fled from the train. All survived. Police shot and killed the attacker.

Later in the same month, a teenager armed with an axe and knife attacked passengers on another train in Germany, injuring a score of people. He too was shot and killed by police as he tried to escape from the train.