The NFL Super Bowl 50 Host Committee is kicking off the NFL's regular season with a free concert in San Francisco.

SAN FRANCISCO (KGO) -- The NFL season kicked off Thursday and San Francisco is enjoying its status as the host city of Super Bowl 50. Thursday afternoon, there are events along the Embarcadero, including a concert at Justin Herman Plaza.

It's part of a two-day kick-off event that is part of the Countdown to Super Bowl 50.

For NFL fans, it was a day in paradise. The golden football and the next Super Bowl trophy were on display at Pier 35 -- a reminder that San Francisco will host the 50th Super Bowl in February in Santa Clara.

"It doesn't happen often that there's something this exciting happening in our own city, so it's great," football fan Donna Taylor said.

The NFL season kicks off this week, but Renee Galloway of Manteca, a true raiders fan, is paying more attention to the weekend. She said, "But I'm looking forward to Sunday when we play the Bengals, being a season ticket holder in the section 313."

There were many activities to engage future 49ers fans.

"I was born here in San Francisco and they are my home team," 49ers fan Aidan Padilla.

There was something for everyone, including news reporters who happen to show up to play in heels, but off they came and I was able catch a pass.

While the Bay Area is preparing for Super Bowl 50, San Francisco is also trying to highlight the beauty of this city by trying to get the homeless off the streets--a goal of the mayor.

"Jail is not the alternative. We've never offered that as an alternative. We offer services and now I'm backing it up with some serious numbers of housing units," San Francisco Mayor Ed Lee said.

City officials showed off a navigation center located in the Mission. Unlike a shelter, it's a place intended for transients to seek services and move out of their current homeless status. The city wants to allocate more funds to the project and is urging private donors to help them open more centers like this one. 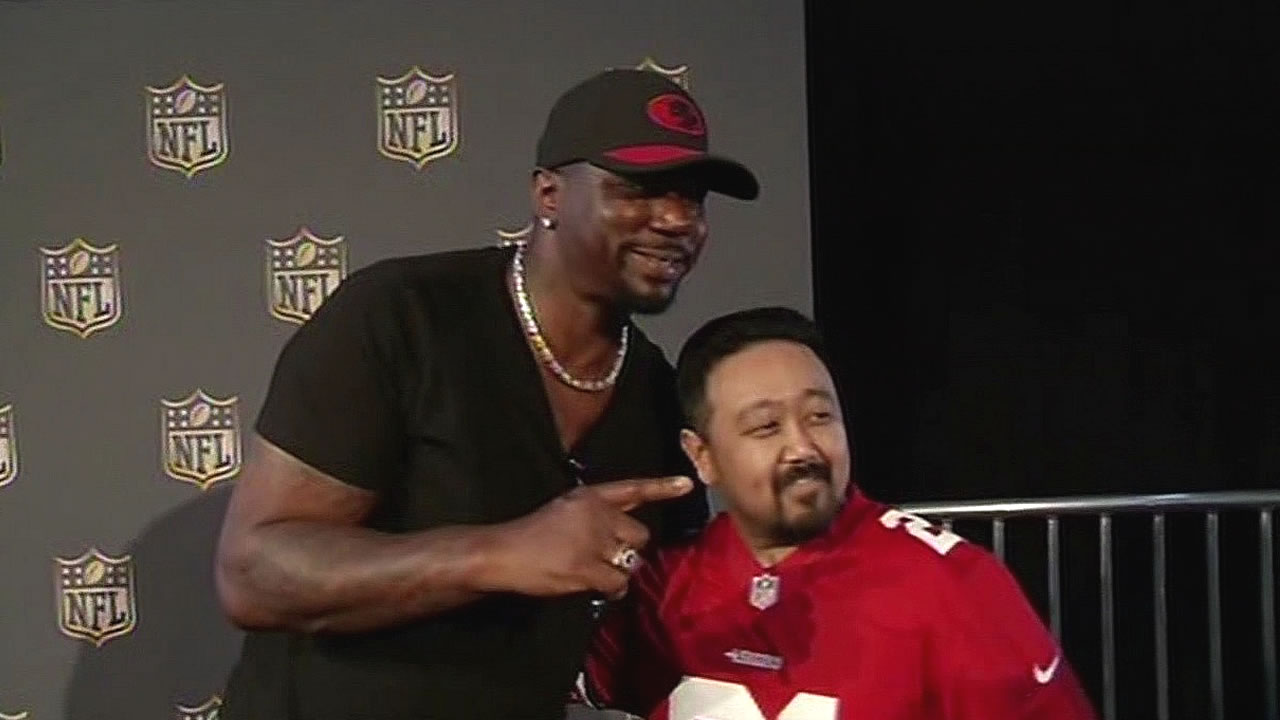