'I was screaming': Man in wheelchair stranded upstairs after bus crashes into his Oakland home 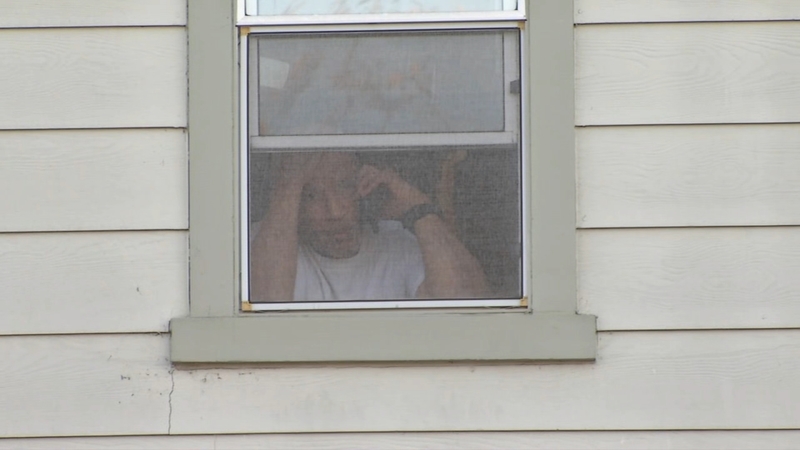 Man in wheelchair stranded after bus crashes into Oakland home

OAKLAND, Calif. (KGO) -- At least seven people were injured after a car involved in a police chase collided with an AC Transit bus sending it into an Oakland home on Friday evening. The man who lives in the home is in a wheelchair and was stranded as a result of the incident. (Scroll for details).

The California Highway Patrol says officers initiated a chase with the suspect vehicle just east of the Caldecott Tunnel. They say the car exited 27th Street where officers decided to end the pursuit.

A short time later CHP learned that the same car collided with an AC Transit bus near 10th and Market.

Oakland police say there were four people in the suspect vehicle, and that all were taken into custody and were transported to a local hospital. Two of them are in critical condition, police say. The other two are listed as stable condition.

At least seven people were injured after a car involved in a police chase collided with an AC Transit bus sending it into an Oakland home.

Police there were seven passengers and a driver on the AC Transit bus.

The driver and four of the passengers are in the hospital, all in stable condition.

Daryl Meshack was in the home that was impacted by the bus.

Meshack is in a wheelchair and was upstairs when it happened. He was not injured, but was unable to get downstairs while crews worked to get the bus removed.

"I was screaming out of the house to some of my neighbors who ran over to find out if I was ok," he said. "All of that wood and debris has knocked everything all the way over to where my lift is. The only way I can get down is on that lift."

Meshack says he was upstairs finishing an online seminar when the crash happened. He says he was just about to go downstairs to make some food.

"I was really just starting to get my day going," he said. "Then I hear this loud bang and there is a lot of screaming and yelling. I look out the window and there is police everywhere next to a car and the bus."

He was able to get help downstairs, but at the time of the crash didn't know where he will stay. His current home is not safe to be in.

There have been no updates on what will happen with his living situation.