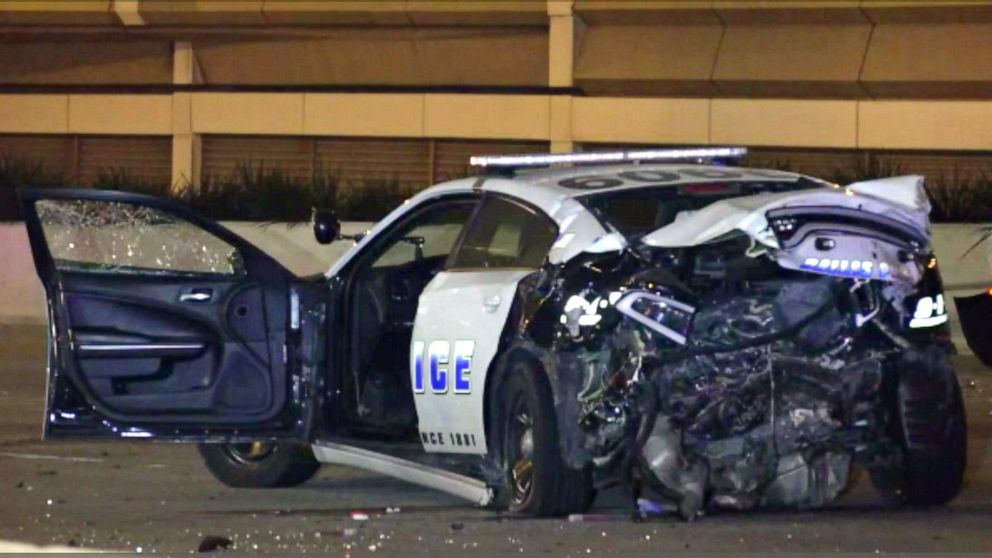 A Dallas police officer was struck and killed by a suspected drunk driver while working an accident scene overnight, the chief said.

"Our hearts are heavy right now. This young officer had such a bright future ahead of him," Dallas Police Chief Eddie Garcia said. "We asked that the community join us as we pray for the officer's family. We would also like to extend that prayer to the brave men and women of this great department."

At about 1:25 a.m., a 32-year-old man "driving at a high rate of speed" hit officer Mitchell Penton's squad car, which had its emergency lights on, Dallas police said.

The impact caused the squad car to hit Penton, who was securing the scene of an accident, police said.

The driver was allegedly intoxicated and was arrested for intoxication manslaughter on a police officer and intoxication assault, police said.

Penton, an officer trainee who joined the department in February 2019, was taken to a hospital where he was pronounced dead, police said.

The passenger in the suspect's car was hospitalized "for trauma to her chest area and a laceration on her face," police said.

Dallas Mayor Eric Johnson said in a statement, "Dallas mourns today over the devastating loss of one of our police officers. He died far too young, but the measure of a life is not longevity, but what someone does with the time they have. And this officer dedicated his time to serving our great city in an inherently dangerous job. We are forever indebted to him and forever heartbroken by this tragedy."
Report a correction or typo
Related topics:
abc newsnational
Copyright © 2021 ABC News Internet Ventures.
TOP STORIES
Statewide school walkout planned to protest vaccine mandates
17K SJ Sharks fans attend home opener Saturday
Bay Area prepares for 1st storm of the season this weekend
EXCLUSIVE: Man's dashcam catches 'blatant racism' by autoworkers
Story behind Bay Area DJs preserving Latino culture via music
Estrada Fire in Santa Cruz Co. grows to 148 acres, 35% contained
US religious group says 17 missionaries kidnapped in Haiti
Show More
Suspect injured after gunfire exchange with police in Milpitas
Bay Area man who texted threats during Capitol riot pleads guilty
Bill Clinton remains hospitalized, visited by wife Hillary Clinton
Man in wheelchair stranded after bus crashes into Oakland home
Robert Durst hospitalized with COVID-19, his lawyer says
More TOP STORIES News