'Our America: A Year of Activism': How activism has evolved since the murder of George Floyd

Panel conversations featuring artists, activists discussing the evolution of activism one year after the murder of George Floyd
KGO 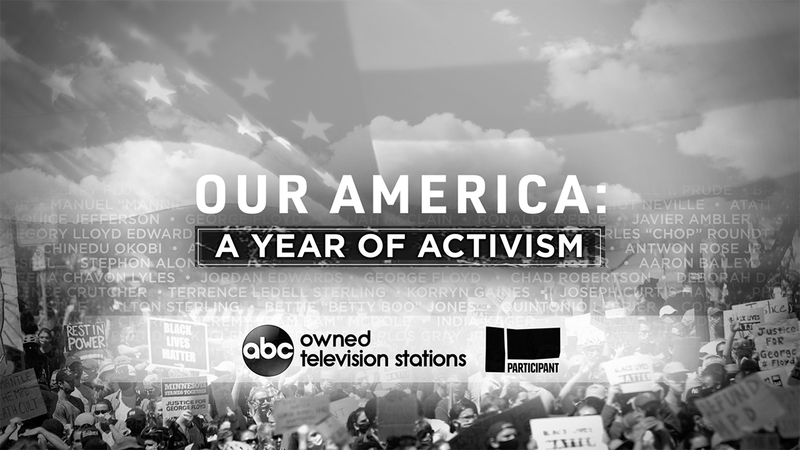 'Our America: A Year of Activism'

LOS ANGELES -- One year after George Floyd was murdered by a former Minneapolis police officer, the country reflects on the progress made in the fight for racial and social justice. "Our America: A Year of Activism" is an exclusive streaming special of social impact experts discussing the evolution of activism over the course of the last year and if enough change has occurred. The three panel conversations feature prominent artists, activists, journalists and commentators. This special programming is a collaboration between ABC Owned Television Stations and Participant.

This streaming special, now live, comprises three panels that address intergenerational activism, multiracial solidarity and media framing of racial justice issues. Each discussion is moderated by ABC Owned Television Stations race and culture journalists Will Jones, TaRhonda Thomas and Julian Glover examining where we were, where we are, where we want to go.

Hear from activists from multiple generations on how they build on moments to continue driving movements forward.


The multicultural solidarity panel focuses on the role that multiracial solidarity has played in the ongoing movement for racial justice and what the idea of allyship and solidarity means. Panelists include:

What is the impact of multiracial solidarity in the ongoing movement for racial justice and what do allyship and solidarity really mean?

The media has tremendous power when it comes to shaping public opinion on issues of racial justice. We got some of today's prominent activists and journalists to discuss how the media can help change the way the story is told.

The media framing panel focuses on the role media plays in shaping views on race and justice, especially since the murder of George Floyd, in addition to the impact of media framing and mental health. Panelists include: