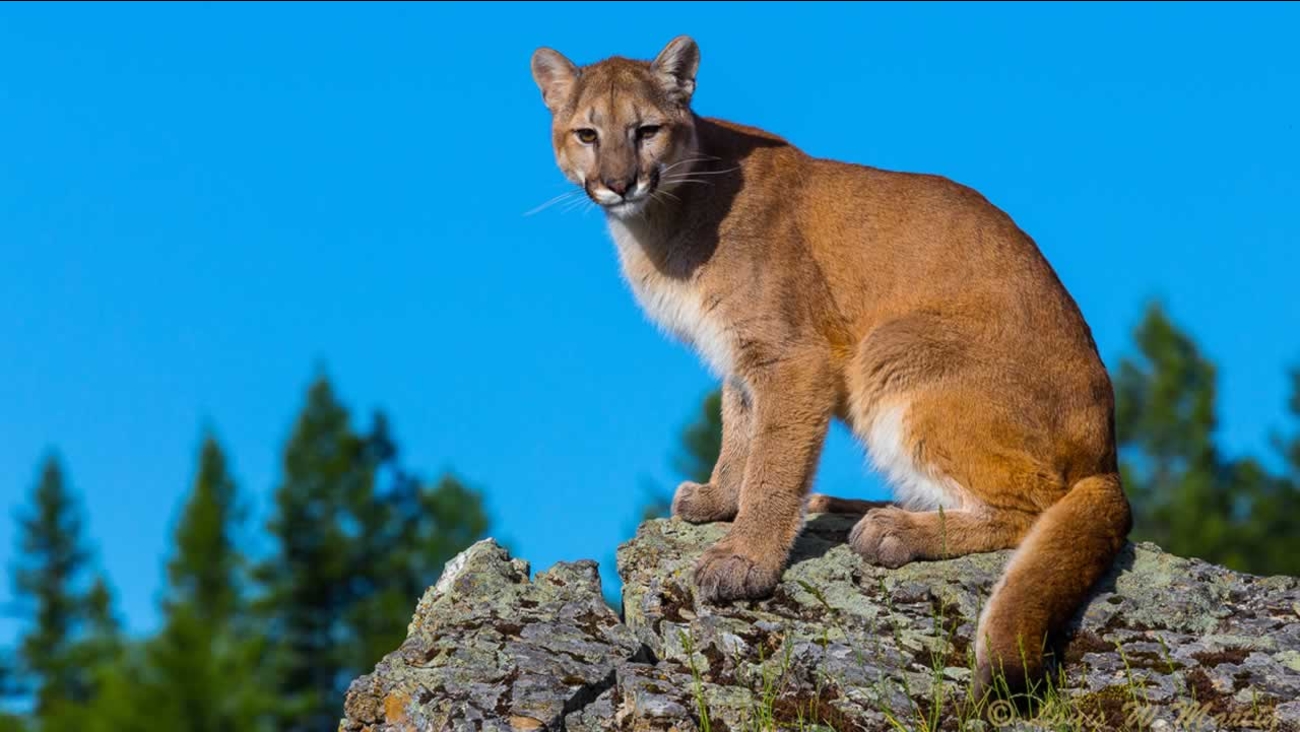 PACIFICA, Calif. -- Pacifica police responded to a call from a home on the 1100 block of Valencia Way, saying a mountain lion was in the resident's yard, eating a chicken.

Officers arrived at 7:33 a.m. and spotted the adult cougar on a hillside, approximately 30 yards behind the house, still consuming its meal from the homeowner's coop. Police said the puma didn't appear to be a threat to humans, and neighbors were advised to keep their pets inside.

The California Department of Fish and Wildlife was contacted, who contacted the Department of Wildlife Management. Police personnel on scene were advised to monitor the mountain lion's activity until it returned to the open space surrounding the area. A Fish and Wildlife officer responded to the scene to speak with the resident, and police stayed on scene until 9:44 a.m., when the feline left the area.

The Pacifica Police Department reminds community members that living in the habitat of wildlife can present challenges. Information on mountain lion safety can be found here.

The image shown above is a generic photo.