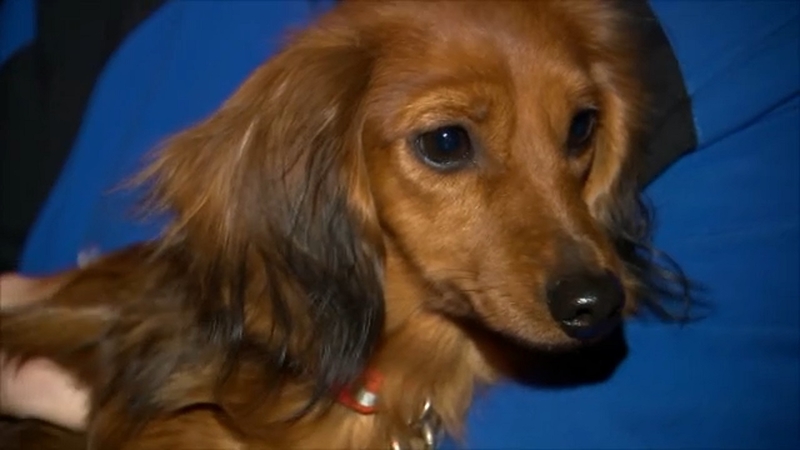 "I felt like her collar with the transmitter was preventing her from going anywhere really trapped, and I was really trying to hold my tears in and my voice, so she wouldn't sense it," says dog owner Kristie Ann Ramos.

Khaleesi is a highly trained hunting dog. Out for a training run on Saturday, tracking animals with Kristie's husband, Emilio, Khaleesi chased a rabbit, and got stuck.

Then things took a dangerous turn. The retaining wall was in danger of collapsing.

"We didn't know the structural stability of it. It was night, the terrain was rough," says Battalion Chief Joseph Schoendorf.


RELATED: Kitten catches ride from SF to SoCal inside engine of car

"It was the worst feeling in the world, knowing we couldn't do anything," Emilio said, "Neither one of us really slept."

However, Khaleesi was tough. She hung in there, and firefighters used everything they had in their arsenal. They used a camera, and the Jaws of Life to break the pipe open. Firefighters then dug around the tunnel, and carefully cut out Khaleesi.

Captain Mark Mastorelli says the hardest part was the digging, and listening to the dog.

"The dog was crying and whimpering while we were digging," Mastorelli added.

"I just started crying. It was just that relief. That relief of finally having her - this is like your child," said Kristie.