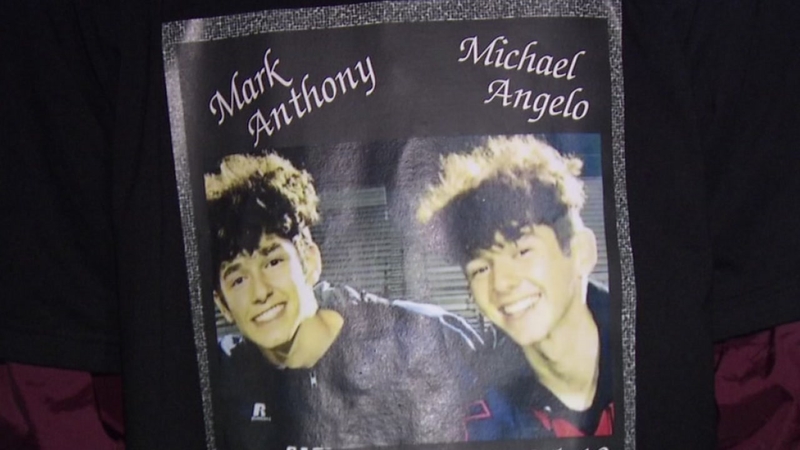 "It's going to be hard to go back to school and not see him. He would walk on campus and be there making you smile," said Javier Ramirez's friend Karlie Banta.

When the twin brothers didn't return their mother's phone call, Ana Reynoso tracked her son's location to the crash on Foothill Road in Pleasanton.

"I've been trying to capture their essence. I'm just so afraid. I walk into their room and I'm trying to find something to smell them," said Reynoso.

In the vehicle were also two other teenagers who survived.

Samantha Vargas Arceo a junior at Dublin High school and the twin brother's cousin 16-year-old Jared Reynoso, who is in a coma.

"Jared is not doing well. He is not breathing on his own. I know God works his miracles and his in the room right now and he's holding him. He is going to wake up," said Reynoso's cousin, Jaime Lopez.

According to CHP the teenagers' vehicle veered out of control and hit a utility pole and a tree on Foothill Road in Pleasanton. According to Urista's mom, the teens went out at 10 pm to console a friend on Christmas night, they never returned home.

"We were actually snap chatting an hour before it all happened. I don't remember what we were talking about, but he would always send me pictures of him smiling," said Banta.

Smiling is how the Ramirez and Urista family wants the community to remember them. Ramirez uplifting his friends and the Urista brothers pranking others and making it hard for people to tell them apart.

GoFundMe accounts have been set up by the families: