Officials identified a driver who was fatally shot outside a McDonald's on Fillmore Street in San Francisco and said they're investigating whether the shooting is related to another that occurred in the area.

Investigators said they haven't ruled out that the shooting could be related to another one Sunday night on Eddy Street.

The Chief of Police told ABC7 News investigators have good video of the getaway vehicle, which was described as a gray sedan. They're hunting down even more video hoping for a clear image of the suspect.

SFPD said the suspect in Sunday's McDonald's shooting targeted the victim. "We have every indication this was not a random act," San Francisco Police Chief Greg Suhr said.

On Sunday, investigators said as two men were leaving the drive through on Fillmore Street and Golden Gate Avenue, someone went up to the vehicle and began shooting.

The Medical Examiner's office identified him as 23-year-old Curtis Cail.

Cail is not new to law enforcement. San Francisco police arrested him in 2012 in connection with another murder. "I am aware of the 2012 arrest. I don't have any idea if this was related," he said.

"It is brazen. It's happening in a neighborhood that we are embraced with trying to change it for the better," San Francisco Mayor Ed Lee said.

Despite McDonald's proximity to the SFPD Northern District Station across the street, the area has been the site of several shootings including on New Years when a bystander was caught in crossfire.

Suhr said SFPD is exploring every option including that the McDonald's shooting could be gang related. "We're trying to find the best video that might show us the suspect," he said.

Several patrol cars were in the area on Monday.

San Francisco police said the victim is at the hospital with non life-threatening injuries. 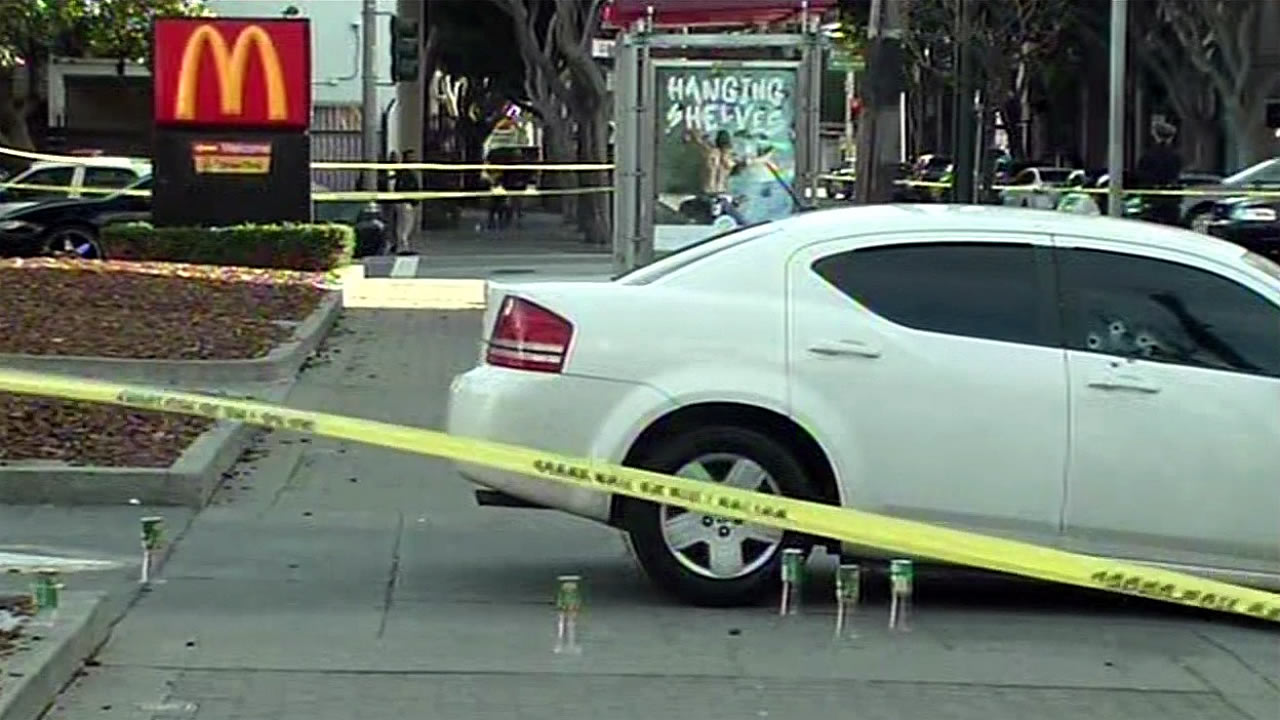