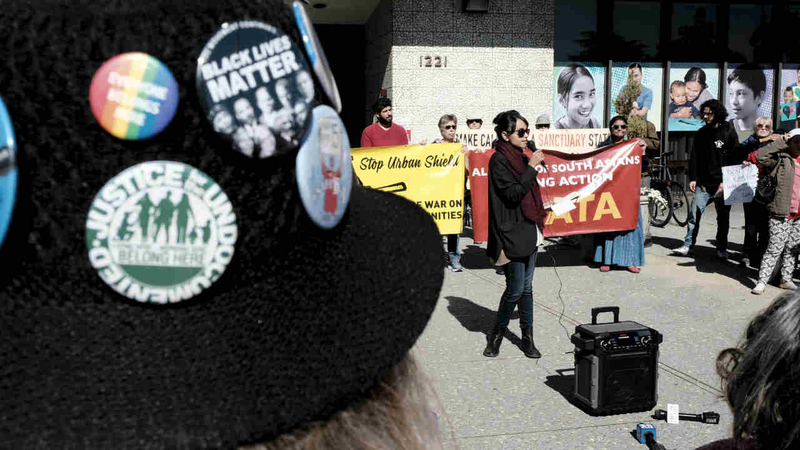 OAKLAND, Calif. (KGO) -- The Alameda County Board of Supervisors voted to fund the controversial Urban Shield program Tuesday as opponents rallied inside and outside the meeting.

The county will be accepting $5 million from the Department of Homeland Security for the multi-police agency Urban Shield exercise.

Urban Shield attracts local, national, and sometimes international police every September in a two-day exercise. Officers like Captain Sean Washington of the Fremont Police call it training. "I certainly understand concerns about the equipment we use, but we do in a responsible way," said Washington.

The board voted 4-1 in favor, but this will be the last year due to all the criticism.

The Sheriff's Office says the training is valuable, but critics argue it deepens the divide between people and the police.

"They are racist and targeting black and brown people," one opponent said.

Some 7,000 people, including community volunteers take part in Urban Shield, which began in 2007. Police agencies insist that it is all about learning to work together in unique circumstances.

"I was here after the quake and fire and you have all these agencies to help and you have to manage them," said Alameda County Sheriff's Sergeant J.D. Nelson.

More than 100 people have signed up to speak as Alameda County Board of Supes votes re: Urban Shield training in Sept. Most speakers are opposed.
“We need training but not this kind of training,” said one. #abc7now pic.twitter.com/4lJslyWFeE

Oakland merchant speaks in favor of Urban Shield. Says she has seen no sign of racism. Crowd hissed. Supes respond by saying Americans need to listen to each other. #abc7now pic.twitter.com/yqgkh1iSO7

Alameda County Sheriff Gregory Ahern sat stoically, today, while speakers in the Alameda County Board of Supervisors described his Urban Shield Exercise as inspiring militarism and racism. #abc7now @asco The department says it helps multi-agencies learn to work together. pic.twitter.com/WuCDEKf7o8