"I'm always happy to see any action that could undermine the regime's ability to harm more civilians," said Syrian-American Ghaidaa Mousabacha from her home in San Jose.

RELATED: What the US is doing in Syria

She hopes the strike was not a one-time event and she offered praise for President Trump.

"He said, the future lies in the hands of the Syrian people. I was very very inspired," Mousabacha said. "if this strike is going to allow us as Syrians to come together and decide what future we want for our own country, then be it."

Democratic lawmakers were quick to criticize. Some called the strike unconstitutional.

East Bay Congressman Eric Swalwell said Trump needs to come to Congress before he makes another move. "The president for too long has been too reckless with our national security and our foreign policy to be left alone and unchecked."

The latest chemical weapons attack against the Syrian people was a brutally inhuman war crime. Yet one night of airstrikes is no substitute for a coherent strategy.

This strike is unconstitutional and is a dangerous escalation of the conflict in Syria. The American people deserve a vote on whether we go to war with Syria, and potentially Russia and Iran. 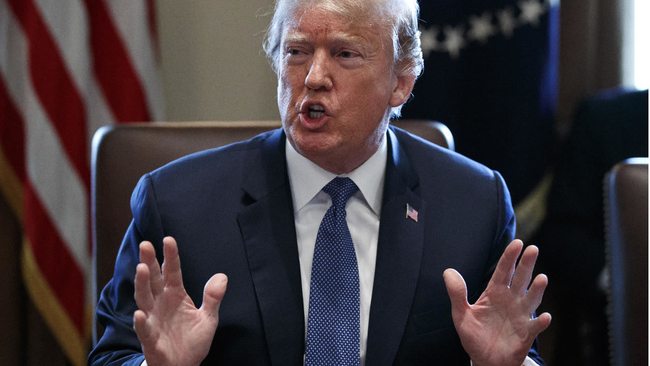