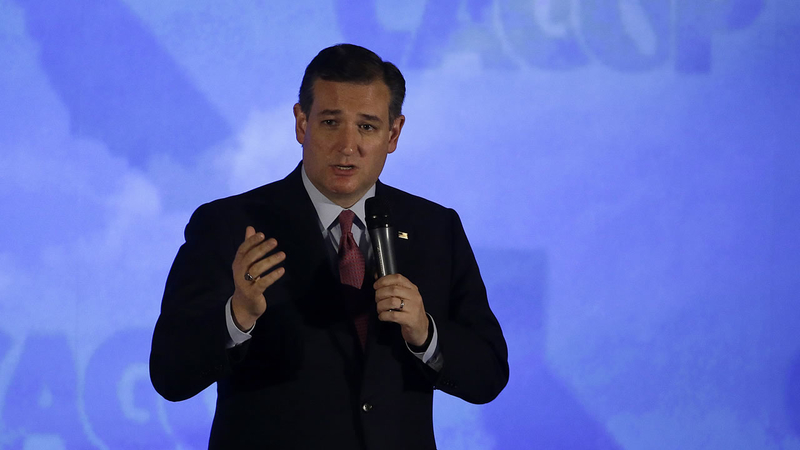 BURLINGAME, Calif. -- Presidential hopeful Ted Cruz arrived at the California Republican convention in Burlingame today to a much friendlier audience than his rival, Donald Trump.

There were no protesters to meet Cruz outside the Hyatt Regency San Francisco Airport hotel, in stark contrast to the rowdy crowds -- some of them throwing eggs at police and jumping on cars -- that greeted Trump.

In a surprise move, former California Governor Pete Wilson appeared to introduce and endorse Cruz. Wilson touted Cruz' background as a member of the US Senate Armed Services Committee, his rigid interpretation of the US Constitution and his views on stemming illegal immigration. Wilson also urged California voters to nominate a presidential candidate who would draw support for Republican candidates in congressional, state and local elections.

"We can't afford a Republican nominee that brings down-ticket decimation of our 2014 hard-won gains," Wilson said.

The fact that California could actually play a role in deciding the next presidential candidate this year was not lost on Cruz. California's primaries typically come too late in the primary season to have much influence on determining candidates, but the hotly contest primaries this year have given the state more sway. Trump will need to pick up a significant number of delegates in California to reach the 1,237 needed to secure a clear primary victory.

"Who'd have thunk it?" Cruz said of the state's pivotal role in the primaries. "Year after year after year, you all are used to being treated by Republican like an ATM machine. We come here to take your money and spend it in other states."

He hyped his recently announced vice presidential candidate, former Hewlett-Packard CEO and Republican nominee hopeful Carly Fiorina, a former US Senate candidate in California. Fiorina is set to speak at the convention's dinner banquet later this evening.
Cruz also attempted to draw ties between his campaign and Ronald Reagan's presidency, saying they shared the same stances on reducing taxes and strengthening America's military might.

The hotly contested Republican primaries, and California's unusual role in deciding the next nominee, has helped bring more people into the GOP fold locally, said Vicky Reinke, the chairwoman of the Calaveras County Republican Central Committee. A 30-year-member of the Republican Party, she said this election has been "the most exciting" she's seen in California.


"It's helped energize people," Reinke said, adding, "By this time in the primaries, California usually doesn't have a say. Now, we actually have a voice."

Her words were echoed by 28-year-old Angela Greenough, a county delegate from Del Norte, who said she's seen an uptick in activity in her committee.

"Especially locally, people are getting more involved," Greenough said. "And that changes what happens on the state level."

Morgan Hill resident Carol Neal said she believed he "knows more about the constitution...than any other candidate."

Others, including Santa Cruz County Republican Central Committee chairwoman Cathy Davey, said she was hoping Cruz would be able to nominate the next Supreme Court judge, following Justice Antonin Scalia's death in February.

" 1/8Cruz 3/8 is a fiscal and social conservative," Davey said. "I think we need both in the next president." 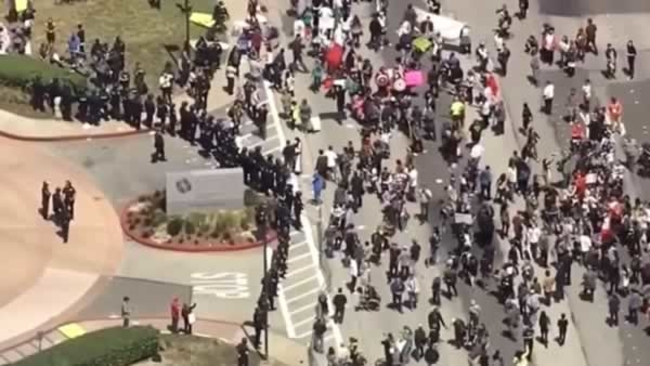