'We have your back': Kavanaugh accuser Christine Blasey Ford receives support amid 'vicious harassment,' death threats

ABC7 News is learning more about the first time Christine Blasey Ford spoke with a member of Congress about what she describes as an attack by Kavanaugh, three decades ago.

Palo Alto Congresswoman Anna Eshoo tells ABC News she had an hour and a half-long conversation with Blasey Ford in mid-July.

Here's what we know about the professor accusing Supreme Court nominee Brett Kavanaugh of sexual assault when they were in high school.

Blasey Ford reportedly shared details about the attack she says happened when she and Brett Kavanaugh were high school students in suburban Washington D.C.

"It was very obvious to me that she was scarred by her experience," Eshoo told ABC's Chief White House correspondent Jonathan Karl during the network's Powerhouse Politics podcast.

As existence of Blasey Ford's letter to Sen. Feinstein leaked, Blasey Ford said it was her civic responsibility to come forward with her story.

The letter claims Blasey Ford has become a target of what her legal team is calling vicious harassment and even death threats.

Blasey Ford's attorney writes her client will cooperate, but the call for a hearing on Monday is premature.

Blasey Ford's legal team wrote, "We would welcome the opportunity to talk with you and Ranking Member Feinstein to discuss reasonable steps as to how Dr. Ford can cooperate while also taking care of her own health and security."

Also on Tuesday, a group of Peninsula mothers wrote a letter in support of the Palo Alto University psychology professor. Other supporters were given the opportunity to electronically add their names to a growing list of those wanting to offer Blasey Ford a helping hand.

Among other things, supporters say they will "protest in front of City Hall, sign petitions, run for office, write to the media and to lawmakers, form a human chain to protect your house, your workplace, your kids' schools --- just let us know if we can ever help."

"I have known her for 40 years, along with many of our friends, all of us who've signed the letter and her support," Guerry said. "And there is nothing that we've ever known about her to be anything but honest and straightforward."

Guerry adds, "Christine it is not a political person and does not have a political agenda with us. She came to this as a private citizen with information that she thought was important. On a very important civic matter."

Guerry says coming forward was certainly a difficult decision for her friend, especially knowing that Blasey Ford was "going to become a political football."

For this reason, neighbors chose to comment off-camera, and anonymously.

Another letter was sent with dozens of signers. Read the text below:

On Sunday, our friend, Christine Blasey Ford, made the incredibly brave decision to come forward about a deeply painful experience that she has been forced to live with for most of her life. As members of her local community, we write to you now to express our total support for Christine and her family.

Christine is an extremely kind and warm person. Despite having a demanding career, she is a great mom who is actively involved, not only in the lives of her own children, but also in
the lives of many other young people in our community. She is always patient and understanding with our children, whether it is talking them through school concerns, teaching them to surf, encouraging them in sports, academics, social and emotional issues, or discussing what to do about college applications and careers. She mentors people with generosity, wisdom, honesty and compassion and always provides constructive, thoughtful suggestions on how to approach tough challenges.

Christine is also a great friend. She has endured a lot. But, her experiences have left her with a firm grasp on what is most important in life -- integrity, community and care for others -- and we have all, at one time or another, benefited from that wisdom. She is informal and genuine and is as at home and relaxed at a Stanford football game as she is standing in front of a bunch of Ph.D. candidates.

Christine's bravery and sacrifice in coming forward with her story while knowing the allbut-certain to follow devastating consequences for and retaliation against her and family does not surprise those of us who know her. We are all very proud of Christine, grateful to have her as a member of our community, and stand in solidarity with her. 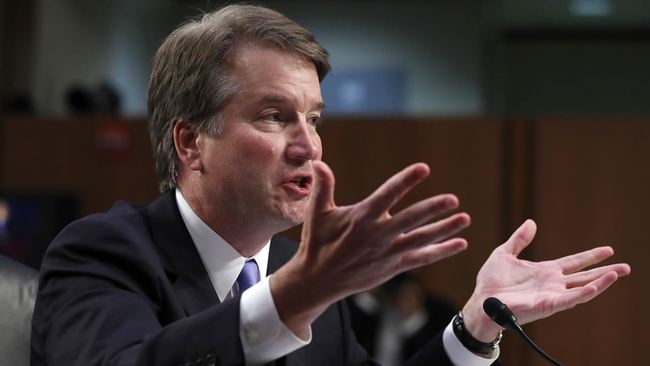