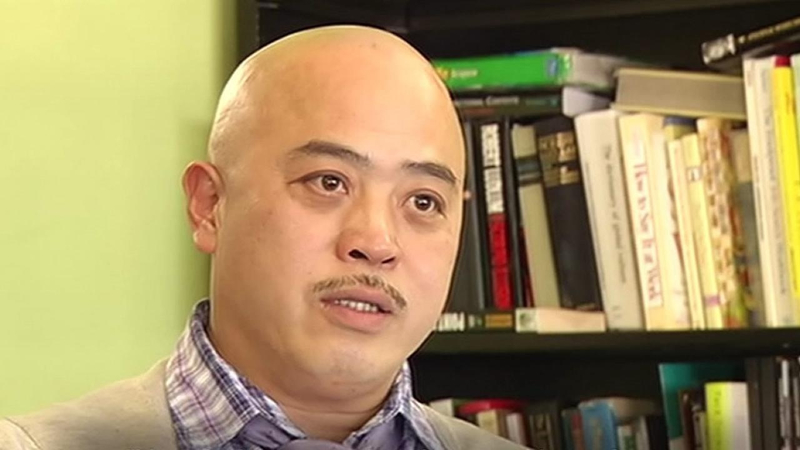 SAN FRANCISCO (KGO) -- Raymond "Shrimp Boy" Chow said he was a reformed Chinatown gangster, but the jury in his federal trial didn't believe that and convicted him of murder and racketeering.

The trial took about two months, yet it only took the jury two and a half days of deliberations to reach a verdict. The U.S. attorney declined to comment, but it was a big win for them. Chow's lawyers say they'll appeal, especially since Chow, 56, faces mandatory life in prison.

Chow sat stoically as the judge read the verdicts. His attorney, Tony Serra, said Chow was noble in accepting his defeat.

"He was calm. He was almost Buddistically acceptive of the consequence," said Serra.

A five-year FBI undercover probe led to Chow's arrest nearly two years ago. He was indicted along with 28 others, including then-St. Sen. Leland Yee who avoided trial by pleading guilty to racketeering. However, Chow decided to fight.

Raymond Shrimp Boy Chows attorney Tony Serra will appeal verdict. He says "jury stabbed his client in the back." pic.twitter.com/wx5bjg06OH

His most serious charge was that he ordered the 2006 unsolved murder of Allen Leung, head of the fraternal group Chee Kung Tong -- a group that Chow took over after his death. Chow took a chance by testifying on the stand. He said he lived a crime-free life after serving time in the 1990's for racketeering by volunteering his time helping troubled kids. That is what he told me when I interviewed him in 2007.

At the time, Chow claimed he was upfront, facing up to the past and all the things he had done, and was trying to correct his life. Chow also told me what he said in court -- that he was no murderer.

I asked him, "At the risk of being rude, did you have any involvement with Mr. Leung's death?" and Chow replied, "Oh, Mr. Leong... no."

Chow guilty of all 162 counts against him. Jury took only two full days of deliberations to reach verdict.

The jury didn't buy that. His attorney says jurors did believe his former associates who turned and testified for the government.

"This conviction was predicated on the testimony of five snitches that no rational human being would believe," said Serra.

The prosecution's main witness against Chow was an undercover FBI agent who posed as a foul-mouthed East Coast businessman with mafia ties while infiltrating Chow's organization.

The agent, who testified under a false name, said he wined and dined Chow and his associates for years. Chow willingly accepted envelopes stuffed with thousands of dollars in cash for setting up various crimes, including illegal liquor and tobacco sales, the agent said.

He said he was given the money because the agent was looking out for him, not in exchange for criminal activity.

Chow will be sentenced in March.