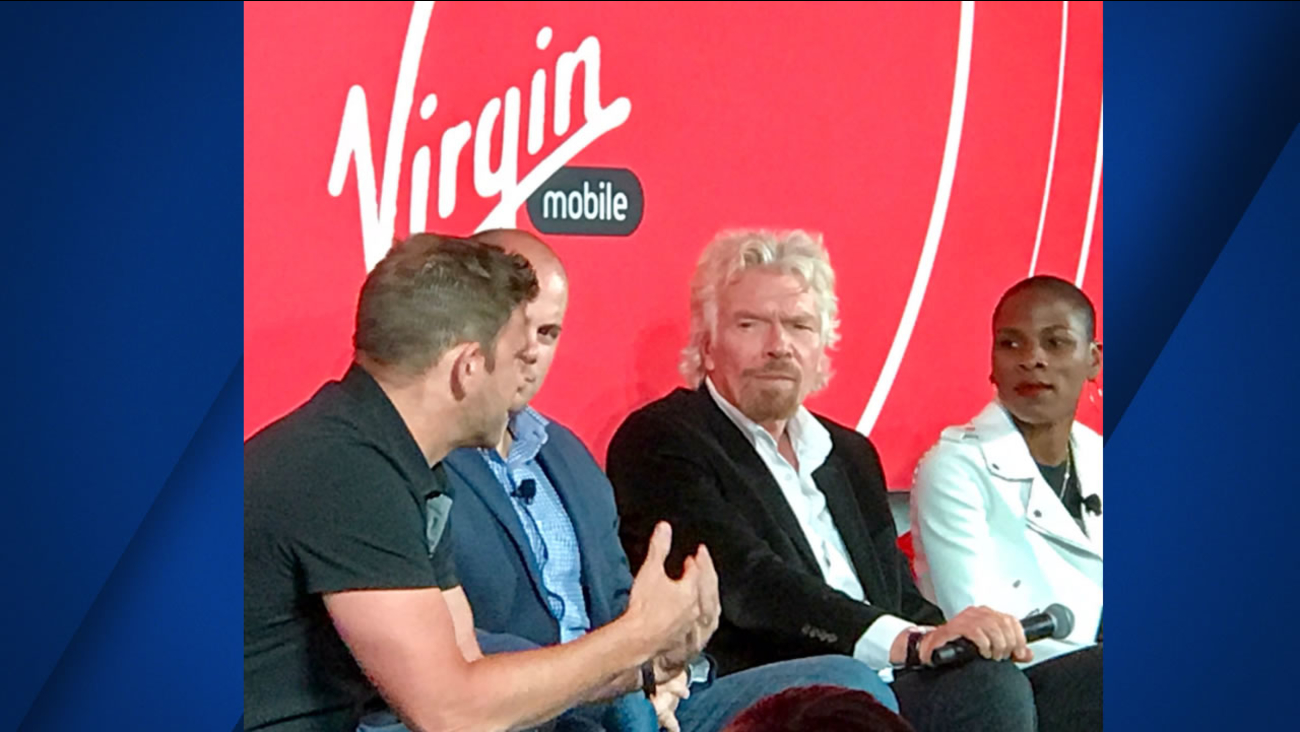 This is an image of Sir Richard Branson at an event in San Francisco on Wednesday, June 21, 2017. (KGO-TV)

.@richardbranson is in San Francisco to relaunch @VirginMobileUSA in partnership with @Apple, as an iPhone-only carrier. #innercirclelife pic.twitter.com/9jdcH6fwxq

It also means Virgin will stop selling Android devices, making the company the first and only iPhone-only carrier in the U.S.

Branson says Apple is a company he has long admired.

"Virgin and Apple live by values that focus on the customers and their needs, we love disrupting industries, to bring delight and bring great satisfaction," said Branson.

The unlimited @VirginMobileUSA plan (with perks) is $1 for the first year when you buy an iPhone -- and $50/month thereafter. pic.twitter.com/zqYXCnBOi2

To qualify, customers need to purchase an iPhone from either Virgin or Apple.