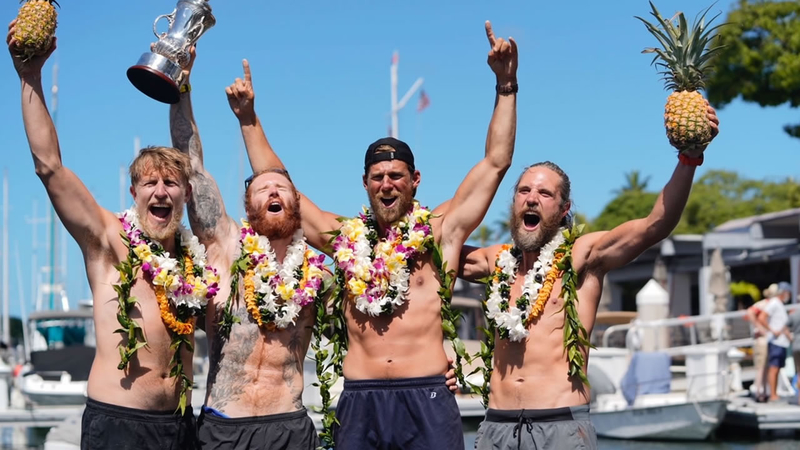 SAN FRANCISCO (KGO) -- Four men have completed the journey of a lifetime, one that any normal human would consider unthinkable.

Led by a 39-year-old leadership coach from Danville, Jason Caldwell, the rowing team named Latitude 35 docked their 30-foot boat on the south coast of O'ahu on Wednesday, first reported by the San Francisco Chronicle. It was the first time they were able to feel solid ground in 30 days, now the owners of the world speed record for that distance across the Pacific Ocean.

Their race across the ocean came at the same time as a Bay Area man's solo kayak mission, which he failed trying to set a Guinness World Record.

The mission was part of the Great Pacific Race, run annually since 2014.

The race departed from the Golden Gate Bridge on May 30, and crossed 2,400 miles of thick ocean current to eventually land in Honolulu.

The previous world record for a crew of four men to row west across the mid-Pacific route was 39 days.

We talked to Cyril ahead of his solo 2,400-mile kayak journey from Sausalito to Honolulu.