SAN FRANCISCO (KGO) -- Video shows a police officer and a skateboarder colliding on Dolores Street Tuesday night during an informal skateboarding competition that drew hundreds of people to the Dolores Park.

Some were outraged by the videos, saying it looks like the officer sticks his arm out in front of the skater causing him to fall. But, a police spokesman says it is hard to tell from the video. What they do know is that they collided, and the officer was taken to the hospital with a shoulder injury.

Police say they tried to offer aid to the skater but couldn't find him in the crowd.

Police were called when people complained that skaters had taken over Dolores Street and cars couldn't get through. It turned into a standoff. Police in riot gear say skaters were throwing things at them, and yelling at them.

One nearby resident heard what was happening but didn't want to go outside.

"Skateboarders brought out a huge force of cops it was fascinating," she said.

Two police cars were damaged with graffiti and a broken window.

"It bothered me that the police car was trashed excessive not necessary at all that disturbed me," one witness said.

There was one major injury. A skater almost makes it down the hill before crashing. Witnesses say he was motionless and bleeding. Police say he was taken to the hospital, but was expected to survive.

"I was just concerned for the guy that was injured. It looked pretty fun but dangerous at the same time," another witness said. 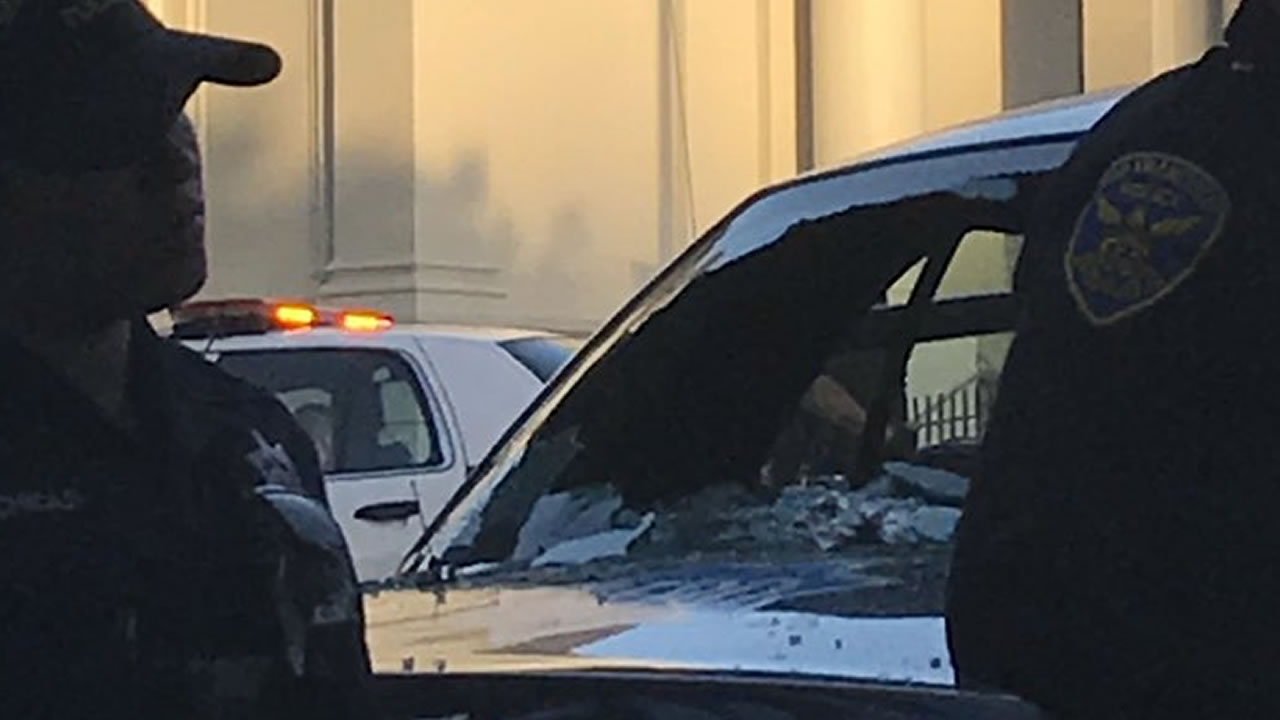