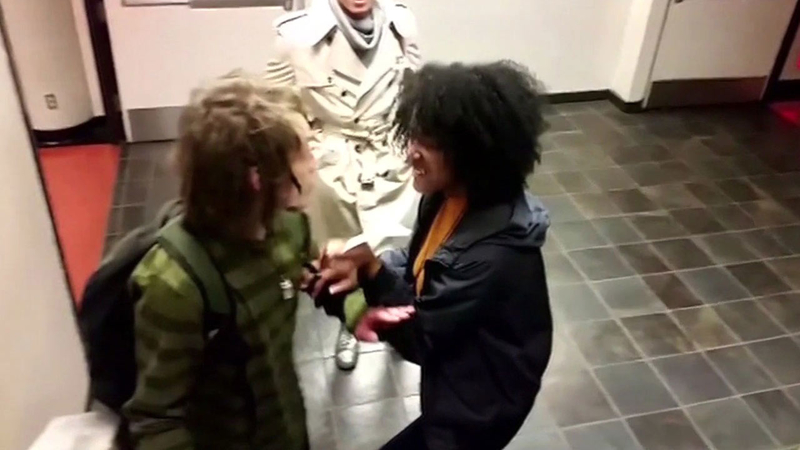 SAN FRANCISCO (KGO) -- A video has gone viral showing an African American student at San Francisco State University confronting a white student over his dreadlocks. Campus police are continuing their investigation and will forward on their findings to the San Francisco District Attorney's office.

Today, the roommate of the woman who confronted the student is speaking out.

It's one thing to see video of something that happened on your campus spread like wildfire, it's quite another when the person in the video is your roommate.

"Crazy, it just went viral; it is on the radio and everything," said Vanessa Hernandez, SFSU student.

"It's been going on for a while," said Hernandez.

Hernandez is referring to her roommate's focus on race-related issues.

"Her passion, and social justice, and black power, and everything," said Hernandez.

RELATED: Video of confrontation over dreadlocks at SFSU prompts investigation

The woman in the video has been identified as Bonita Tindle. She is heard in the video telling a white student Cory Goldstein that his dreadlocks are a part of her culture, not his. Goldstein spoke to ABC7 News about the incident

"If she would have come and talked to me about this situation in an open and loving respecting way, and teach me about what is going on with this issue, I would have been more than receptive. But she had to attack me, demoralize me and it made me feel really uncomfortable," said Goldstein.

The person who took the video thinks charges should be filed because she got physical. San Francisco State University officials are investigating. Hernandez says Tindle left their residence yesterday. Tindle has not spoken publicly about the confrontation in the video. Goldstein would like to talk to her.

"If I got a formal apology with her real intentions, I would forget the whole situation," said Goldstein.