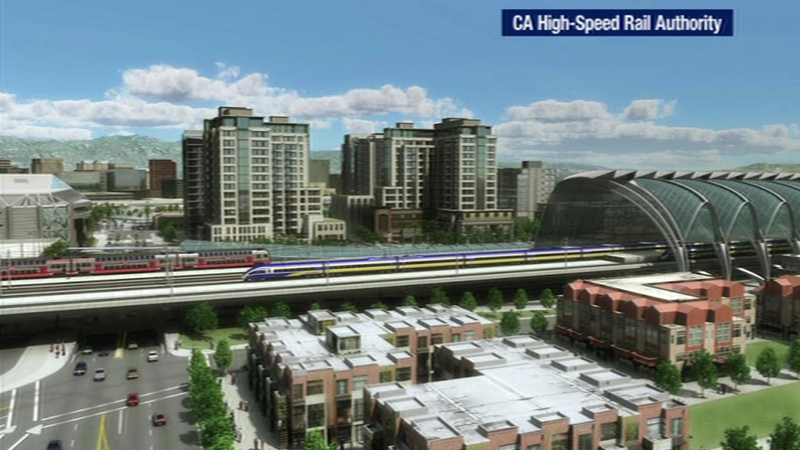 SAN JOSE (KGO) -- The San Jose City Council is slated to consider a plan today to transform downtown into a transit hub and a potential site for a new A's ballpark. The project would take decades to complete, but the plans are in the works now to make this a reality.

In the proposal, there will be a northern, central and southern zone with 4.96 million square feet of office space, 420,000 square feet of retail space, 2,588 residential units and 900 hotel rooms.

One of the biggest changes will be at the Diridon station; it is a transit hub in San Jose, connecting Caltrain, light rail, Amtrak and other public transportation. In the future, the BART extension would also reach there.

The California High Speed Rail Authority prefers an alignment through the Diridon station area along an elevated structure above the existing tracks. This would be key if San Jose is successful in landing the Oakland A's and building a stadium nearby.

Of course, the city would have to make plans for parking and traffic issues considering that would put the SAP Center and baseball stadium within walking distance of each other. The plan forecasts 30 years into the future, so they say it needs to be flexible.