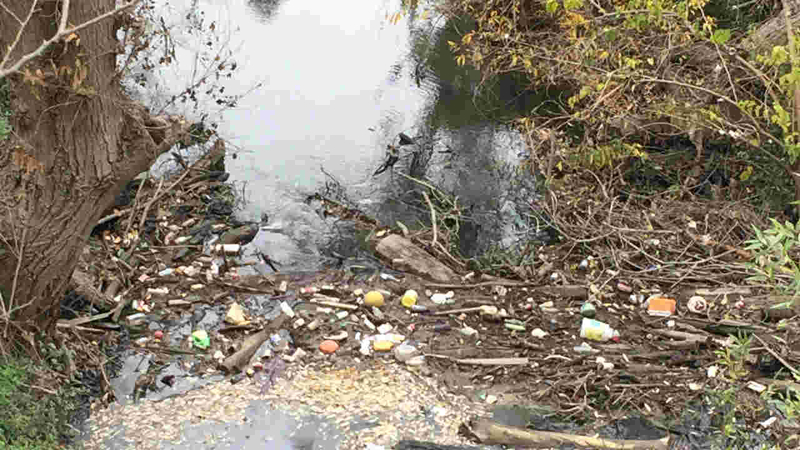 SAN JOSE, Calif. (KGO) -- Rob Souza's back yard is still a mess, nearly 11 months after the Coyote Creek flooded his yard, home, and many others in three areas of San Jose. But, he's thankful for some progress with rain in the forecast for Wednesday.

The city approved his plans two weeks ago to build a new garage on E. William St.

Souza took ABC7 News on a tour of his back yard where a crew of three was digging drainage ditches around the footprint of what will become the garage that was damaged when a tree was uprooted by raging creek waters and demolished the old garage. He has spent $170,000 so far on topigraphic studies, plans and permits so far. His flood insurance did not provide him any benefits. His homeowners policy covered $55,000. Souza also has filed lawsuits against the City of San Jose and the Santa Clara Valley Water District. Valley Water is responsible for creek maintenance.
Gina Adriano, a spokesperson for Valley Water, says the district has spent months clearing vegetation and trash, as have volunteers, to prevent flooding this winter.