Large conventions 'on the books' in SJ, boost to economy and real recovery anticipated 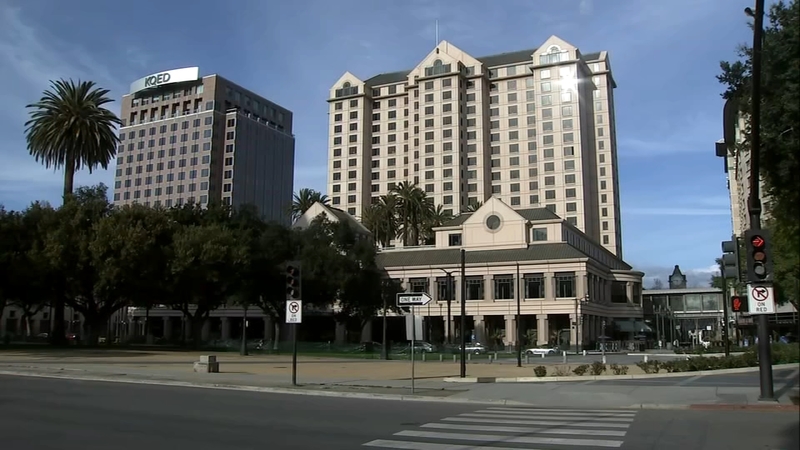 SAN JOSE, Calif. (KGO) -- Downtown San Jose's iconic Fairmont Hotel is being renovated and rebranded as Signia by Hilton. The San Jose location will be the world's second Signia hotel, but the first on the West Coast.

Of course, in order to fill rooms, people must find a reason to travel.

Knies said the return of large events means businesses will get a real chance at recovery.

"Right now, a number of businesses are closed down like on Mondays and Tuesdays, because it just isn't strong enough yet," he added.

Without naming companies, Team San Jose- which manages the Convention Center and a number of other arts and entertainment venues across the city- said large conventions are "on the books."

A search of a public events calendar and event websites show SiliCon, FanimeCon, the Crunchyroll Expo fan festival and more are already scheduled for later this year.

The hope is that these events will bring back caterers, clients, community members and boost the local economy.

He added, "The rising tide lifts all boats, they say. And that's generally true."

Sarfraz with Signia by Hilton also serves as Team San Jose board chair. He explained, even with today's relaxed pandemic rules, people ultimately have to be ready.

"There's a distinction between going out for dinner and meeting together with 10,000 people," he said. "And so, I think it'll have various phases of coming back."

Team San Jose said smaller events have already returned, with hope business and convention travel are only ramping up.

"The effect of it isn't immediately visible. It just takes time," Sarfraz told ABC7 News. "Because the conventions- some of them- remember, they used to be booked like multiple years out."

"So, we need to start that process now," he said.