"I do believe that we have more extraordinary opportunities in this community than any other in the country."
KGO
By Amanda del Castillo 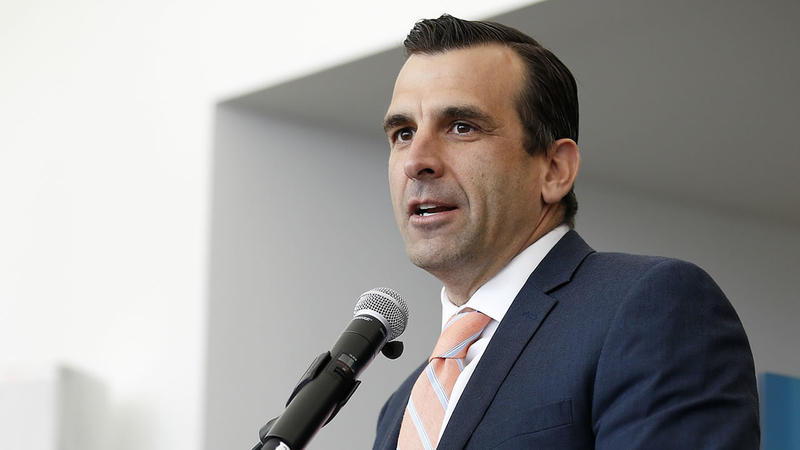 SAN JOSE, Calif. (KGO) -- Around the City of San Jose on Monday, residents outlined their budget wish lists. Few shared how they'd like the city to prioritize investments to improve quality of life.

Long-time resident Duane Brusseau said, "Would be nice if they would use it to clean up the city. We got horrible graffiti, we got trash everywhere."

Referring to his experiences during Downtown San Jose nightlife, resident David Oladunjoye added, "To have more officer presence would be nice."

Homelessness, safety and blight happen to be the top three budget priorities for Mayor Sam Liccardo.

However, despite a more than $27 million city surplus to start the new fiscal year, he's looking to spend in a "sustainable way" by focusing on core services and highest demands.

"We have to do it carefully," Liccardo told ABC7 News during a sit down interview on Monday. "Because we don't have nearly enough of a surplus to cover all the needs of the city- and the needs are very great."

Describing SJPD as the most thinly-staffed police department compared to other major cities around the U.S., Liccardo's budget would add at least 15 positions. Primarily to be deployed as beat officers on-foot, he says to boost safety.

VIDEO: Downtown San Jose community pushes for police foot patrols, but is it in the budget? Mayor weighs in
EMBED More News Videos

There is a renewed push for police foot patrols in San Jose's downtown area. Hundreds have signed an online petition and others spoke to the mayor.

"This isn't about more police, it's about a different kind of policing," Liccardo said. "It's about ensuring officers are out of their cars, on their feet, on bikes, engaging with community members. Getting to know the community in a way that builds trust."

That trust was challenged after the death of George Floyd and during 2020's civil unrest and street demonstrations. Several of these demonstrations were brought to the mayor's doorstep.

Following one of the deadliest years on-record for traffic-related deaths in the city, the mayor said he will be making a case in front of the state legislature later this month for Automated Speed Enforcement (ASE) cameras to monitor key corridors.

The idea is to hold people accountable. Mayor Liccardo is hoping that might help to address another budget priority as well: battling blight.

He said people often associate trash and blight with homelessness.

The mayor's top priority is also what he considers to be his greatest failure: homelessness.

Liccardo announced homelessness and affordable housing is the #1 budget priority.

He explained the city has already put up three quick-build communities during the pandemic.

"We've got a fourth under construction," he said. "I want to add to that to get to a thousand of these quick-build apartment homes."

Three Bay Area cities make the top 10 list for most expensive 1 and 2 bedroom apartments, according to data analyzed by ABC7 News

A proposed budget will be released in May, based on the mayor's recommendations. Ultimately, any budget has to be approved by city council.

"I'd like to believe, and I do believe that we have more extraordinary opportunities in this community than any other in the country," Liccardo told ABC7 News. "Assuming that world events and the pandemic allow- I think that we're going to have an extraordinary decade ahead."

He added, "But it's going to be important for us to do things right now."

Looking at what may be ahead for Liccardo's future, due to term limits, he can't run for re-election.

His office didn't confirm whether Liccardo will stay in politics, saying he has developed other interests.

However, they say if he does run for higher office, it won't be this year.