Downtown San Jose community pushes for police foot patrols, but is it in the budget? Mayor weighs in 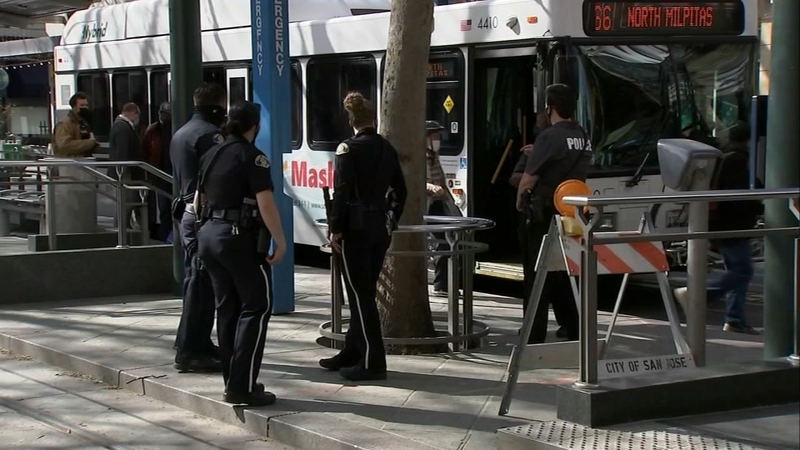 Hundreds have already signed an online petition and others spoke directly to Mayor Sam Liccardo during a community budget meeting on Thursday evening.

The collective request from business owners, residents and others who frequent the downtown core comes one year after the online petition was first created.

The timing is deliberate, as Mayor Liccardo met virtually with the community to get input on his budget priorities.

He and hundreds of others are backing the petition, which is essentially a call for dedicated funding for the foot patrol program. It's money the community hopes will pay for dedicated downtown patrol officers with the San Jose Police Department (SJPD) to enhance safety, business security and other quality-of-life issues.

"I can't think of anything else that is going to have as big an impact or create as close to a solution as possible," Eric Glader with Urban Vibrancy shared. "As we continue just to chug away and chip away at all the other elements that we're trying to advance as well."

Glader is behind the petition. He explained, "The petition itself was created to hopefully demonstrate social proof that this is something that is wanted by the greater community as a whole."

He told ABC7 News, "The office I'm in has been robbed three times, our restaurants have had their windows broken, graffiti happened. And so, all of these in isolated incidents aren't major things that don't take place every day in other cities around the world. But in aggregate, it's just happening all the time, and it's enough."

According to Glader, his experience with so-called "beat cops," have been impactful.

"There were beat cops in the neighborhood that knew the butcher, knew the spice person, knew the convenience store operator, knew me as a 23-year-old kid walking the streets to and from the subway," he shared. "And when you have that element of trust, it creates community within its own right, it creates relationships."

Beyond that, he said the community's overall sense of security improves, which then brings people out into the streets and into stores, which then generates revenue and creates more business opportunities.

It's a cycle that he believes starts with safety.

San Francisco is expected to see more than 15 million tourists this year, which could mean billions of dollars for local businesses.

The mayor threw his support behind the call for foot patrols, while pointing to outstanding obstacles.

"Certainly, in all of our high-need neighborhoods, we want to get more foot patrols out there," Liccardo told the community. "The great constraint of course, is we have the most thinly staffed police department in the country. And they need to respond to those high-need 911 calls. So we need to use overtime in other ways to get the officers back on the street."

San Jose Unified School District announced they will not have police on campus starting this school year.

According to Knies with the San Jose Downtown Association, there was some funds budgeted for foot patrol officers last year. He said the service was reliant on voluntary overtime for the officers.

"Because it was voluntary, because we didn't exactly have all of the set hours, it wasn't as effective as it could have been," Knies told ABC7 News. "So we're really trying to- if there was a dedicated funding source to have a dedicated patrol- then we'll be able to measure that, collect data and have some sort of consistency."

Knies said that because of the pandemic, "The usual customers, clients, the employees in the offices, the convention business travelers are not downtown."

Instead, he said more of the city's unsheltered population is visible.

ABC7 News reached out to SJPD on Thursday. We were told a response would not be available until Friday, but have not seen one by the time this story published.