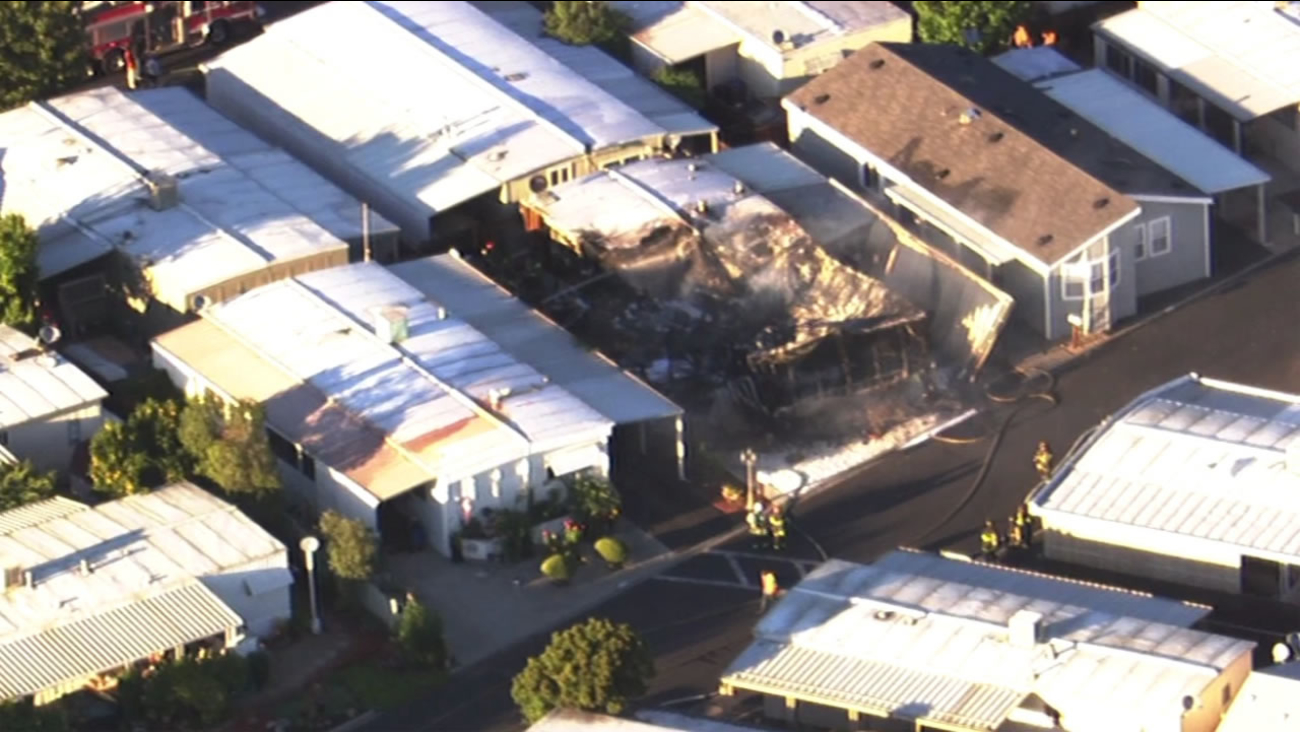 San Jose firefighters extinguished a one-alarm fire at a mobile home park on the 300 block of Narvaez Avenue in San Jose, Calif. Nov. 2, 2015.

SAN JOSE, Calif. -- Firefighters are responding to a one-alarm fire at a mobile home in South San Jose this afternoon, a fire spokesman said.

Shortly after 3:30 p.m., fire crews responded to a report of a fire on Narvaez Avenue, fire Capt. Christopher Salcido said.

People inside the home involved in the fire were evacuated along with those inside a neighboring unit as a precaution, according to Salcido.

The fire was still burning as of shortly before 4 p.m., Salcido said.