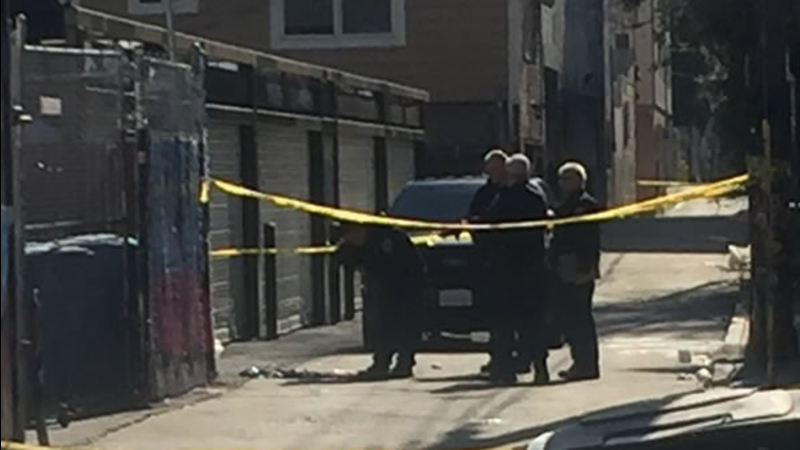 SAN FRANCISCO (KGO) -- San Francisco police and fire investigators responded to a call about a man on fire in the Mission District Tuesday morning. It happened in Osage Alley and 24th Street.

"A witness who went by was coming down the alley, saw some smoke, noticed a man on fire, ran back down the alley." said Lieutenant Rachel Murphy of SFPD Mission Division.

Murphy says that witness then ran into a nearby cafe, where she grabbed a bucket of water.

"Asked for the cafe to call 911, ran back and threw water on the person who was on fire." said Murphy.

San Francisco police and arson investigators are working the case. CSI detectives photographed burned clothing left behind. They're not sure if the man's burns were accidental, self-inflicted or if other people are involved.

Carmen Elias says her son saw two men sleeping in Osage Alley before heading to work. "He came at 6 in the morning, he saw the guys, one on this side and another one, sleeping," said Elias.

Detectives are trying to track down possible surveillance footage. Several businesses and apartments along the alley have surveillance cameras.


Police removed crime scene tape where a Good Samaritan found a man on fire in the alley this morning #abc7now pic.twitter.com/bJWlkDSkrT

SFPD search for evidence in Mission alley where a man on fire was found this morning. #abcnow pic.twitter.com/6n7j9R0zjH