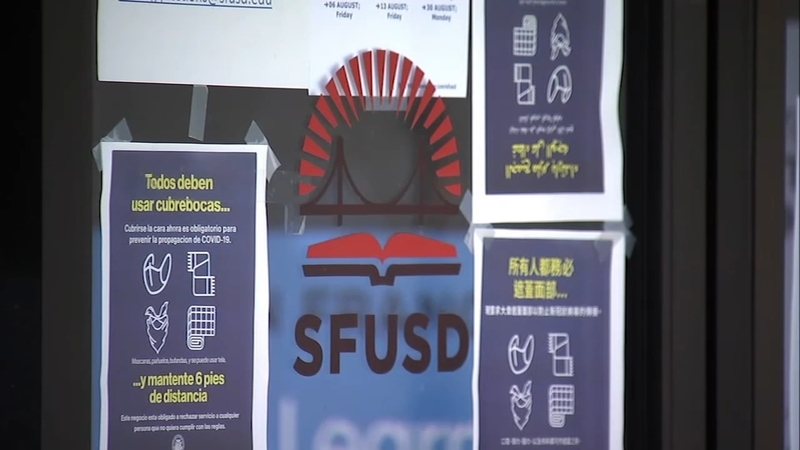 SAN FRANCISCO (KGO) -- San Francisco's school district is facing a massive budget deficit and on Tuesday night the school board met to try and avoid a state takeover.

San Francisco's board of education has been beset with challenges during the pandemic - an upcoming recall election for three members, one board member who filed then dismissed a lawsuit against the district itself, and then there was the plan to rename schools that was criticized across the country.

Now, another difficult moment as the district deals with a $125 million shortfall for next year, and as a result, 10% in spending cuts to it's $1.2 billion annual budget.

On Tuesday District budget directors laid out a plan that involves cuts to:

The city of San Francisco has filed a lawsuit against its own school district and the school board over reopening plans.

The school board must approve a fiscal recovery plan by Dec. 15 to avoid a state takeover. In the meantime, the state appointed fiscal expert, Elliott Duchon, to oversee the process.

"The next steps become more severe if CDE is not satisfied with the level of cooperation with the fiscal expert or the district's not making suitable progress," said Duchon, who said that could include, "hiring freezes for certain positions and freezing non-essential expenditures."

The school district points to years of declining enrollment, exacerbated during the pandemic, for much of it's financial shortfall, but Stanford public policy professor and pension expert, Joe Nation says there's a bigger problem.

"Generally, every school district today is paying about double, maybe a little more than double what it paid for pensions about six to eight years or so ago," Nation said and continued, "it's really driven by this pension crisis more than anything else."

There will be several more school board meetings in the coming weeks to work through a final plan for the state.