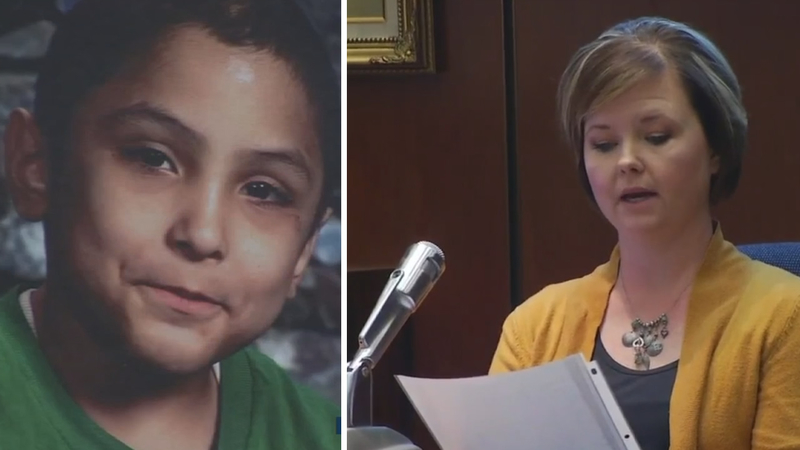 LOS ANGELES -- The first grade teacher for Gabriel Fernandez, a Palmdale boy who authorities say was tortured to death by his mother and her boyfriend, read a note from the 8-year-old she found days after he died.

Jennifer Garcia testified in court Wednesday for the trial of Isauro Aguirre, the boyfriend of Gabriel's mother Pearl Fernandez. The letter was written in shaky handwriting and she found it hidden in his desk days after she learned of his brutal death.

"I love you mom and Gabriel is a good boy," the note said.

Garcia said Gabriel confided in her early on in the 2013 school year and told her he was beaten at home. She immediately reported that information to the Department of Children and Family Services.

"'Sometimes my mom makes me bleed,' and I said, 'where do you bleed?' and he says, 'well, on my bottom cause she hits me with a belt.' And he says, 'you know that part with the metal on it? That part,'" Garcia is heard saying during a phone call with DCFS that played for the court.

Over the next few months, Garcia said she saw repeated bruises, burns, wounds and other injuries on the young boy. She said in at least one instance that Gabriel came to school wearing girls' clothes.

Aguirre remained emotionless during the testimony, with his eyes on the table in front of him as Garcia described seeing Gabriel become more withdrawn and lash out in anger when questioned about his injuries.

"Are you sure that that's what really happened? And then he did eventually tell me and he was really angry and he said, 'Well, it's cause my mom shot me in the face with a BB gun,'" she said.
She said she called DCFS multiple times and then realized Gabriel was suffering more abuse because of it.

"I didn't want to call. I didn't know what to do. I don't know how I could look at his face and not be able to assure him that that wasn't going to happen again when I couldn't say that," Garcia said.

When he was absent for several days, Garcia was told he had been sent to live with family in Texas. She said she hoped it was true, but roughly a week later Gabriel died.

The 8-year-old was found unresponsive at a Palmdale home in May 2013. He was hospitalized, but eventually died from the severe injuries he had.

Gabriel's mother Pearl is accused of torture and murder as is Aguirre. Pearl will have a separate trial. In addition to Aguirre and Pearl being charged, four former Los Angeles County social workers were charged with child abuse in connection to Gabriel's death.

The prosecution is expected to rest its case by Nov. 1. The defense will then have the opportunity to present its case for Aguirre.
Report a correction or typo
Related topics:
californiachild abusetrialtorturemurderchild deathsouthern californiacourt caseteacherdepartment of children and family services
Copyright © 2021 KABC-TV. All Rights Reserved.
RELATED 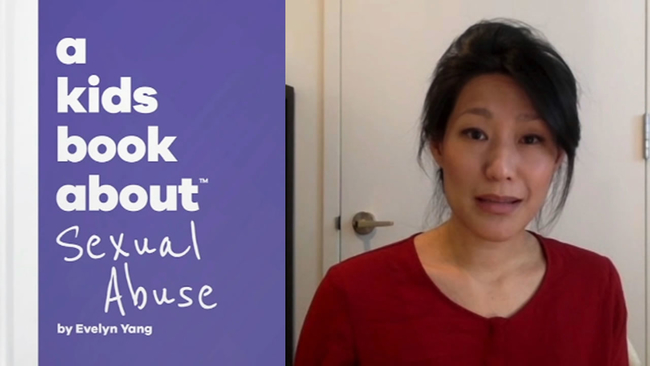