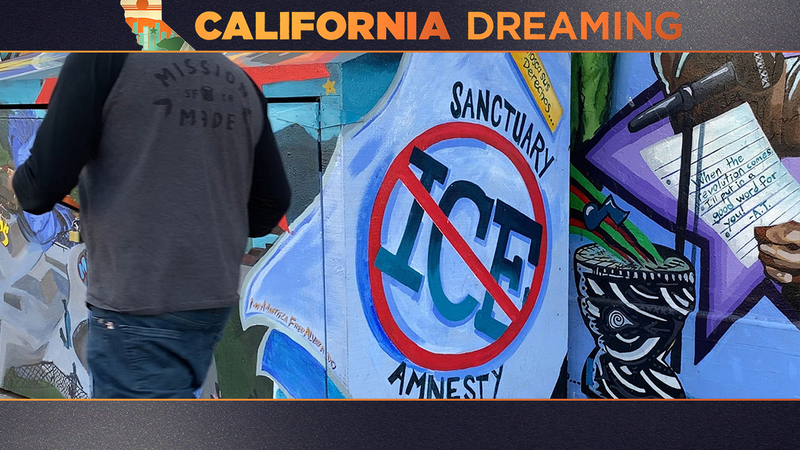 SAN JOSE, Calif. -- If you want to see how much immigration has shaped California, all you need to do is walk 300 feet down San Francisco's Clement Street.

In one block between 4th and 5th Avenue, you will walk past a Burmese restaurant, a Mexican taquería, a Korean fusion eatery, and a Turkish restaurant. On the other side of the block are restaurants serving Chinese, Thai, Japanese and Vietnamese food. There's even a crepe place squeezed in.

California has by far the most immigrants of any state in the country. Eleven million immigrants live in the Golden State, representing more than a quarter of the population.

The Public Policy Institute of California estimates that nearly 2.5 million of those are undocumented immigrants who either entered the country illegally or overstayed their visas.

Living in California without the proper immigration status is made easier by a slew of state laws that give undocumented immigrants rights they don't enjoy in other states, such as the ability to obtain driver's licenses and pay in-state tuition at public colleges and universities.

But California was not always this welcoming to immigrants.

Republicans didn't just have control of the governor's office, they controlled the state assembly and had an even split of the state's congressional delegation.

"Proposition 187 created a lot of fear but it was also a catalyst. It motivated a lot of people to push back," said David Campos, chair of the San Francisco Democratic County Central Committee.

At that time, Latinos represented a quarter of the state's population, but just 8% of those who voted. Proposition 187 made them more politically engaged.

RELATED: Cultural diversity - one of the Golden State's greatest assets

Over the next 10 years, California added 1.8 million registered voters, an overwhelming 89% of them were Latino or Asian.

Campos was one of them. In 1985, when he has 14, his family fled Guatemala's civil war and entered the United States illegally. He lived as an undocumented person all through high school and into college when he was finally able to legalize his status.

In 2008, he was elected to the San Francisco Board of Supervisors. It was during that campaign that he went public with his past.

By far, the majority of undocumented immigrants in California are from Mexico (52%), followed by immigrants from other Latin American countries (26%) and Asia (13%).

California's economy depends on them. Nearly one in 10 California workers is undocumented, with the vast majority working in critical sectors like agriculture, construction and manufacturing.

Kevin Lee doesn't fit the stereotype of an undocumented immigrant. He's a policy aide for the District Three supervisor in the county of Santa Clara.

Lee was 5 years old when he immigrated with his family from South Korea. His visa expired after he graduated high school.

RELATED: More people leaving California than moving in: Is the California Dream dead?

"I remember falling into a deep depression because it felt like I had no way to navigate and move forward with my life," said Lee, who eventually enrolled in college and graduated from U.C. Berkeley with the help of the DREAM Act, a state law that allows undocumented students who attended high school in California to pay the same tuition that other residents pay.

In 2017, he was selected for the county's innovative New American Fellowship, a summer program that gives DACA recipients experience in county government.

"I think it is very valuable to give fellows the opportunity to network with executive leaders and department heads, as well as to receive mentorship," said Kati Robles, a senior management analyst in the county's Division of Equity and Social Justice.

The 10-week research program was structured as a fellowship in 2016 so that the participants could continue to work in case the Trump administration did away with DACA, which provided work permits for undocumented immigrants who entered the country as children.

As fate would have it, Lee was giving his final presentation in front of the Board of Supervisors on the same day that then-Attorney General Jeff Sessions announced the Trump administration was rescinding DACA.

"I just remember that being such a powerful moment for me personally because, at the local level, we were showing what it is that we were fully capable of and it was such a juxtaposition from what the federal government was saying," said Lee.

California's government has seen a dramatic shift since Proposition 187.

That has resulted in laws that provide greater benefits and protections to undocumented immigrants, culminating in 2017 when then-Governor Jerry Brown signed the sanctuary law, which limits how much local law enforcement can cooperate with federal immigration authorities.

"I'm very fortunate to have grown up in a state like California that is known for its progressivism," said Lee.

Our special docuseries "California Dreaming" explores the challenges, solutions and people striving to keep the Golden State great, and the California Dream alive. Download our app on Roku, AppleTV, FireTV or AndroidTV to watch the special now on your TV!
Report a correction or typo
Related topics:
societycaliforniacalifornia dreamingdacacalifornia legislationcalifornia propositionsasian americanrace in americaimmigrationrace and culturehispanic
Copyright © 2021 KGO-TV. All Rights Reserved.
CALIFORNIA DREAMING 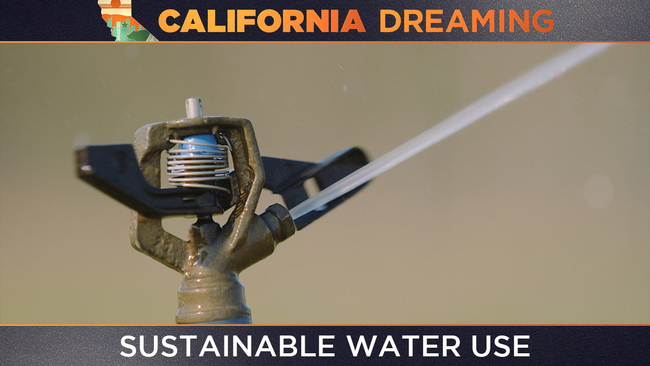 CA farmers sustainably getting by with less water 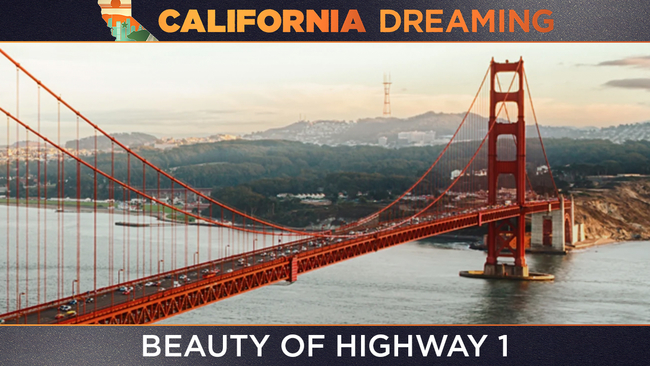