How eco-friendly are electric vehicles? It all depends on the battery

The metals in the batteries are hazardous and could leach into the environment if they are not properly handled.
KGO
By Juan Carlos Guerrero 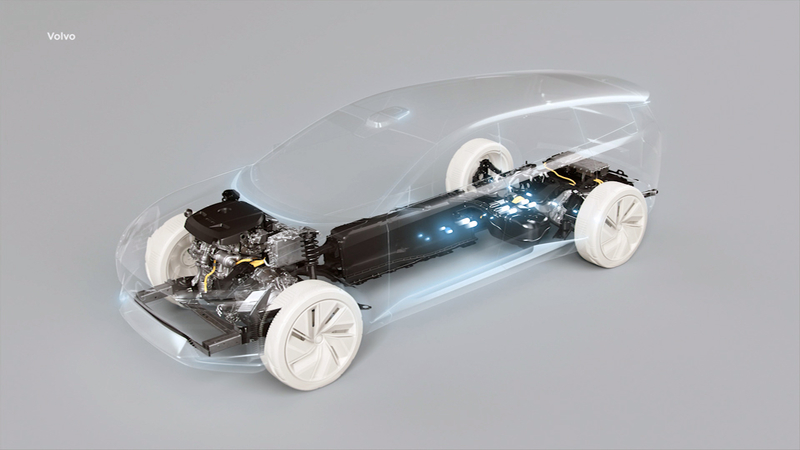 OAKLAND, Calif. (KGO) -- By 2035, every passenger vehicle sold in California must be a zero-emission vehicle.

That means it must run on electricity, hydrogen or another alternative fuel that does not generate air pollution to operate.

The mandate is expected to reduce greenhouse gases in the state by about 35%.

But, while zero-emission vehicles are being touted as one solution to our climate crisis, their batteries could also represent an environmental hazard.

WATCH: California leads the way in zero-emission transportation, but there are still challenges to overcome
EMBED More News Videos

Currently, batteries from first-generation hybrid vehicles are starting to make their way to junkyards.

We visited several auto recyclers in the San Francisco area and found hybrid batteries tossed among other car parts or piled up in a corner. One was dangling from the engine compartment of an old Prius that no longer had a hood and had many parts already pulled out.

Operators did not know what to do with them.

"There are risks associated with these aged batteries or damaged batteries. Lithium-ion batteries that we use in electric vehicles are a fire hazard. It's important to make sure that these batteries are managed correctly at the end of life," said Alissa Kendal, a professor of Civil and Environmental Engineering at UC Davis.

Kendall said the metals in the batteries are hazardous and could leach into the environment if they are not properly handled.

It's a growing concern, especially in California, which is home to about 40% of the electric vehicles on the road in the United States.

Vehicles that were manufactured ten to 20 years ago are reaching their end of life.

To get ahead of the battery disposal problem, two years ago the California legislature set up an advisory panel to develop regulations on managing batteries from zero-emission vehicles.

"Our electricity grid has a lot of solar and wind and intermittent renewables on it. And to be able to provide electricity continuously over the day, we need things like batteries," said Kendall, who is writing the final report of recommendations by the advisory group.

Mohammad Rasti is already doing some of that work.

Rasti recycles old hybrid vehicle batteries that he gets from dismantlers, dealerships or individual car owners.

"We check the capacity, the voltage and the load. We see how much load they can hold and if they are reusable, we put it back in the car. If they're not, then we recycle it," said Rasti, who operates Hybrid Battery Solution out of a small room in San Leandro.

RELATED: How the Golden State is at the forefront of the electric vehicle revolution

George Kershner, executive director of PRBA - The Rechargeable Battery Association, said there is a lot of research going into making these batteries recyclable or reusable.

He does not expect electric-vehicle batteries to end up abandoned in junkyards as newer vehicles reach their end of life.

Kendall said the state should establish incentives for recycling to grab hold.

"Waste management is rarely profitable for the company doing it, unless there is a fee involved. We pay a deposit on cans and bottles so that there's an economic driver for seeing recycling happen," said Kendall. "The same can be said for these batteries. We have to acknowledge the industry may not happen on its own."

Kendall points at lead-acid batteries as an example. These batteries, which are used to start vehicles, are recycled at rates above 99% in the United States.

"It's a very successful program, but we all pay a deposit at the beginning. And when you turn that battery in, the deposit comes back. And that's how we manage those batteries and get them recycled. Right now, for electric batteries, we don't have any kind of program in place," explained Kendall.

The advisory group is considering a similar program for electric car batteries.

When the vehicle is under warranty, the vehicle manufacturer would be responsible for the battery.

When it is time to scrap the vehicle, then the dismantler would be responsible.

If no one wants the vehicle, then the original equipment manufacturer (OEM) would again take responsibility for the battery.

"We can't replace dirty oil with dirty mining," explained Jennifer Krill, executive director of Earthworks, a nonprofit that fights to reduce the environmental impact of mining and energy extraction.

"Traditionally, mining is one of the largest contributors to greenhouse gas emissions and in order to have electric vehicles, we need new metals like lithium and cobalt that we've never needed at scale before," said Krill.

RELATED: Interested in an electric car? Here is a guide to some of the incentives and what to look for

According to Kendall, a lot of the newer lithium is being taken from hard rock mines in Australia, which tend to have higher environmental impacts.

Earthworks created a system called the Initiative for Responsible Mining Assurance (IRMA) to certify mines are complying with environmental regulations and human rights in their operations.
IRMA)

Last year, the California legislature created the Lithium Valley Commission to study lithium extraction from the Salton Sea, an area in the Southern California desert that's already referred to as one of the most polluted places in the state.

The lithium comes from brine brought up during geothermal electricity production.

"It's very important that if any extraction is occurring, that the communities that are in the front lines of that extraction don't bear the brunt of the environmental harm," said Krill.

There's also concern about mining for minerals like cobalt, copper, manganese and nickel that are used in car batteries on the ocean floor.

These minerals are found in abundance along a zone that spans from Hawaii to Mexico.

The Monterey Bay Aquarium is co-sponsoring legislation to prohibit leases for mining within three miles of the California coast. It's hoping that inspires bans further into the deep ocean.

"On the floor of the ocean, we have deep-sea corals which have been living for hundreds if not thousands of years," said Amy Wolfrum, senior manager of California Ocean Policy at the Monterey Bay Aquarium.

Wolfrum said sea animals in the deep ocean are the basis of the food chain for larger animals like whales and dolphins.

"Seabed mining destroys entire communities of animals and habitats as it grinds up the crust of the seabed to recover minerals that the mining companies would want to have," adds Wolfrum.

Steve Haddock, a marine biologist at the Monterey Bay Aquarium Research Institute, is worried about the impact of seabed mining on the water column, the area of water below the surface and the bottom of the ocean.

Haddock explains that when the seafloor gets raked for minerals, the sediment is pumped up to a ship to extract the minerals. The remaining silt and mud are pumped back into the ocean where they can be carried by currents for up to 100 miles.

He fears that organisms that live in the water column will eat this non-nutritious sediment and essentially be starved for nutrients.

The sediment can also cloud the water column.

"These waters are so transparent that organisms can interact. Once you introduce this silt, it actually absorbs that blue light that they use to communicate and it'll affect their feeding, finding mates and all kinds of processes that rely on bioluminescence in the water column," said Haddock.

The good news is that auto manufacturers are being more responsive to environmental concerns while making zero-emission vehicles.

"EV proponents and EV drivers are choosing electric vehicles because they care at some level about the impacts. So this is a buyer group that is custom-built for building a new system of economy that is circular rather than linear," explains Jennifer Krill.

This spring, BMW and Volvo backed a moratorium on deep-sea mining until the environmental impacts are fully understood. The two auto manufacturers made a commitment not to source any minerals from the seabed or to finance deep ocean mining.

"We have this moment where automakers are recognizing that they need to do things better than previous generations of automakers did. We think it's very important to get EVs right," said Krill.