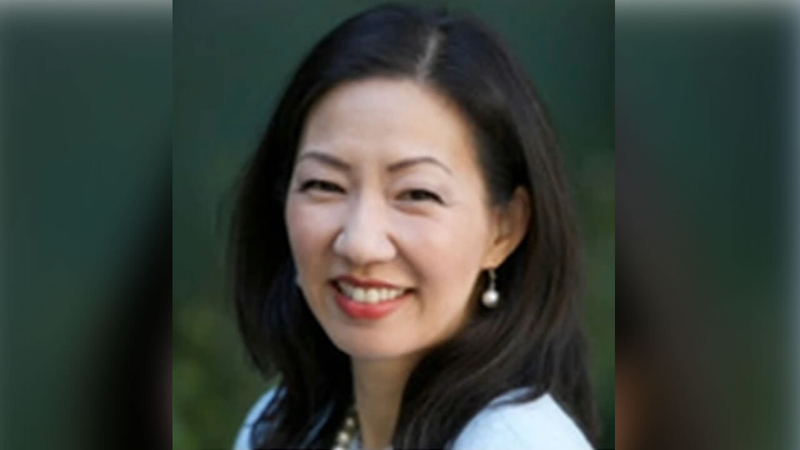 DUBLIN, Calif. (KGO) -- Dublin residents, city leaders and school district employees are reacting with shock, devastation and disbelief over the death of 48-year-old Catherine Kuo, a Trustee for the Dublin Unified School District.

Friends and supporters say it is no surprise she was giving of her time at a food drive when she died.

"She was an amazing person who gave so much of herself to her community. Even long before she was elected as a trustee she volunteered so much at the schools. She was very well loved and respected in the community," said friend Ramya Ramakrishnan.

Dublin Police say Kuo was standing at the back of a car at a food drive in the parking lot of Fallon Middle School Wednesday morning when she was hit from behind, pinned between two cars.

Friends and supporters say it is no surprise she was giving of her time when she died.

"Who would have thought somebody volunteering, just wakes up to go do a good deed for the community, and doesn't return home. Somebody who had the best interests for the community, the kids....the students of Dublin and its future to really to make it something special, gone, in a flash. She's the most peaceful, smiley person. Anyone could reach out to her and get a response. Gone," said Arun Goel, a friend and mentor who encouraged her to run for office.

"She served us well. She really was passionate about everything she did for us," Goel said.

A spokesperson for the school district released this written statement:

Our heart goes out to Catherine's family and friends. We can't begin to fathom the impact of this loss to you. She dedicated so much of her heart, soul, and time to our community. Catherine had a lightness about her, a comforting manner that helped people feel at ease. She was friendly, nurturing, kind, and generous. We were lucky to have known her and will miss her more than words can express.

Friends say Kuo made an impact the night before she died with a powerful speech at the school board meeting about the rise in attacks on the Asian community and what she was planning to do to address the issue.

"I was just planning to send her a message to say how proud I was of her and how touching her speech was and I never got a chance to do that," Ramakrishnan said.

Friends have set up a GoFundMe acount seeking donations to help Kuo's husband and two children with funeral expenses.