OAKLAND, Calif. -- The Harlem Globetrotters are in town to perform in Oakland and San Jose, but on Wednesday two of them stepped out of their comfort zone to play wheelchair basketball with young people with disabilities.

The Harlem Globetrotters combine their skills and comedy on the court but on Wednesday they were all about compassion and stepping into another, well, wheelchair.

"It's my first time doing something like this. I know it's difficult because we're able to run and jump and, confined to a wheelchair, you see it from a different view," Harlem Globetrotter "Slick" Willie Shaw said.

Shaw and "Buckets" Blakes got strapped into wheelchairs to play against adults with disabilities and students with and without them.

The game took place at Edna Brewer Middle School in Oakland. They were invited by the Center for Independent Living, which helps people with disabilities live on their own.

Helping to deliver that message was Trooper Johnson, who was only 17 when a car accident left him paralyzed. He's participated in four Paralympic Games.

"Your disability doesn't define you, whether you are a paraplegic or an amputee or somebody that has a similar condition like that. That shouldn't be what defines you. It's what you do with your life that makes you who you are," Johnson said. 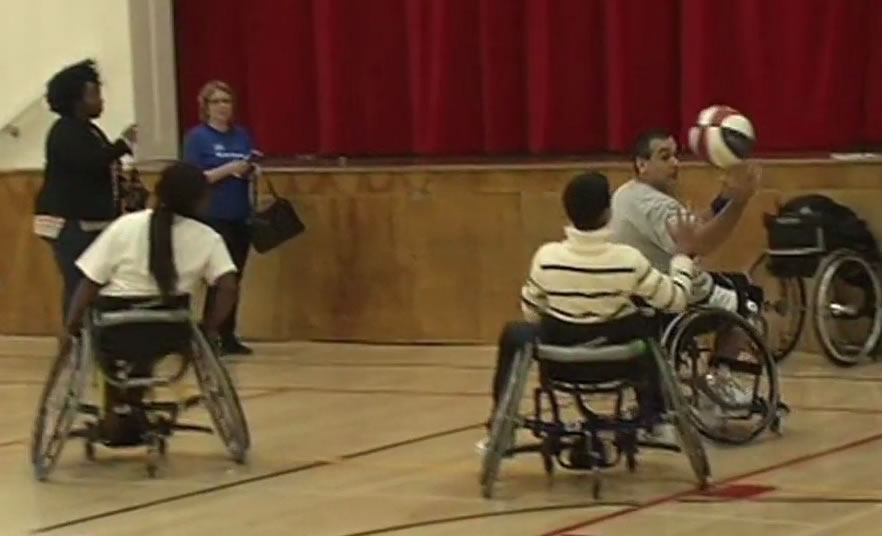 "One of the guys shot from half court and he made it look so easy. Not so much for me, but I'm doing to give it a shot," Blakes said.

The goal on Wednesday was to show students like Brandon Mora that anyone can play wheelchair basketball or any sport.

"Good. I like it here, basketball and playing," Mora said.

"We love opportunities like this and it's not just about the game of basketball, but it's about the game of life," Blakes said.
Related topics:
societyoaklanddistractiondisabilitychildrenathletesbasketballsports
More Videos
From CNN Newsource affiliates
TOP STORIES
600K Californians wait for EDD benefits amid backlog, report finds