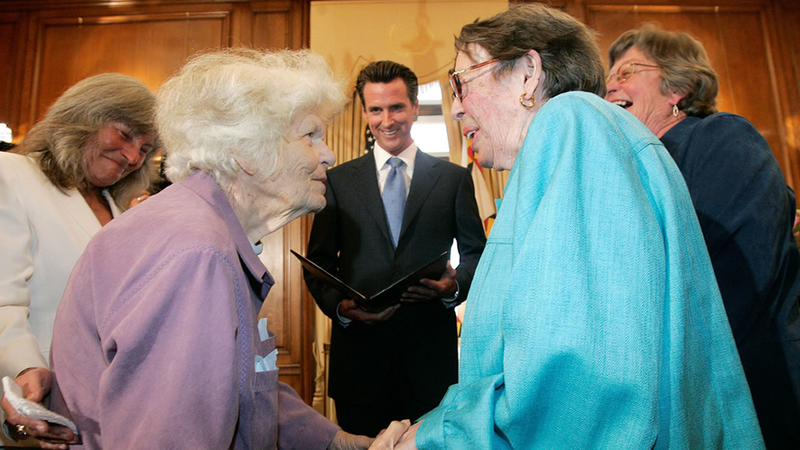 Lyon is a pillar of the San Francisco LGBTQ community and a civil rights pioneer.

She co-founded the Daughters of Bilitis, the nation's first lesbian organization and was a journalist who began her career as a reporter in 1946.

Lyon and her wife, Del Martin, were the first to be married by Gavin Newsom during the so-called Winter of Love in Feb. 2004 at San Francisco City Hall after 54 years together.