KGO
By Jennifer Olney
SAUSALITO, Calif. (KGO) -- It has been 20 years since ABC7 News first introduced viewers to the Bay Area woman some call the Mother Teresa of Nepal.

Once again Olga is heading for Nepal, and this time she is bringing one of her many success stories along with her, a 34-year-old woman named Durga Thapa.

The trip marks Olga and Durga's 25 year bond and the celebration of Durga's new baby.

Durga and Olga gush with happiness now as they bounce the baby from knee to knee, but their relationship began in a much darker time.

Durga's face was badly burned in an accident when she was a baby in Nepal. Her parents were too poor to get the plastic surgery she needed and society shunned her.

Even as a child Durga knew the sad truth, remembering, "We are not human beings in Nepal if we are disabled or disfigured."

Olga was a lawyer for the California Supreme Court. She went on vacation to Nepal and was so moved by the poverty and resilience of the children she met, she resolved to spend her retirement helping improve their lives-- and that's what she did.

Olga founded the Nepal Youth Foundation, helping children in Nepal with donations she raised from friends and colleagues.

"The heart of this program are people in the Bay Area and they are the ones who gave us our start," Olga said.

In 1993, Olga found Durga, then just eight-years-old, in a hospital in Katmandu. Durga was badly scarred, with no nose.

Local doctors tried to help, but Olga says, they did not have the training they needed to do plastic surgery. Luckily, Olga says Durga was young and, "She was happy. She had no idea what she looked like."

Durga needed a miracle-- and she got it! Olga brought her to the Bay Area for free medical treatment at Shriners Hospital.

At the time Olga knew, "This was going to be a long, long process. I mean, she had surgeries from the time she was eight until she was 21. But getting the doctors was just the beginning, Olga also had to find someone for Durga to live with while she got treatment."

Olga was constantly traveling oversee with her foundation's groundbreaking rescue programs, including freeing young girls from slavery and providing homes and education for some of the world's poorest children.

So back in San Francisco, Olga's friends Joanne and Tot Heffelfinger agreed to have Durga live with them.

"They treated me like their own. I called them Mom and Dad. We did everything a family would do, you know school and then when school was out vacations. And then every break I had operations. So they were there for every single operation" Durga said.

Durga says she was showered with love and a critical life message she never forgot.

"We are only disfigured outside because of our accidents. We are not disfigured inside."

She graduated from college, started working with people with special needs, and got married.

Olga performed the wedding in San Anselmo two years ago. The couple had another wedding at Olga's second home in Katmandu.

The Heffelfingers passed away recently, but Olga is reveling in her role as unofficial grandmother to Durga's baby boy.

One recent night, the three of them were at San Francisco International Airport on their way to Nepal to introduce the baby to Durga's biological family.

It is the first time they have flown together since Durga originally came to the United States 25 years ago.

Durga could not contain her happiness as she talked about how Olga had changed her life. The two of have remained extremely close.

"She means the world to me. (Going to Nepal with Olga) makes me very happy because she is so special to everyone."

Even at age 93, Olga is still actively working with the Nepal Youth Foundation which has now helped more than 50,000 children in all kinds of amazing ways.

The foundation always needs donations. If you would like to help you can visit the Nepal Youth Foundation's website here.
Report a correction or typo
Related topics:
societysan franciscobay areachildrenrescueu.s. & world
Copyright © 2021 KGO-TV. All Rights Reserved.
RELATED 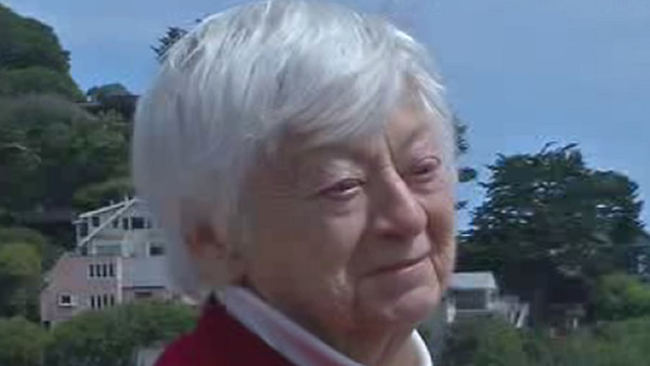 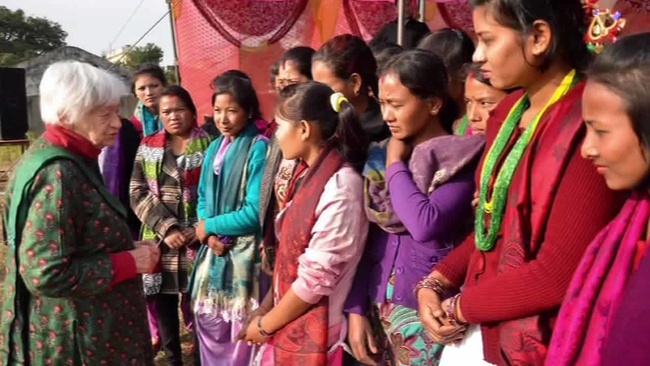 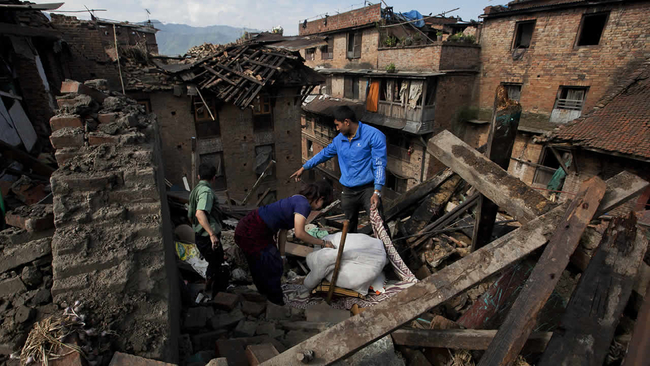