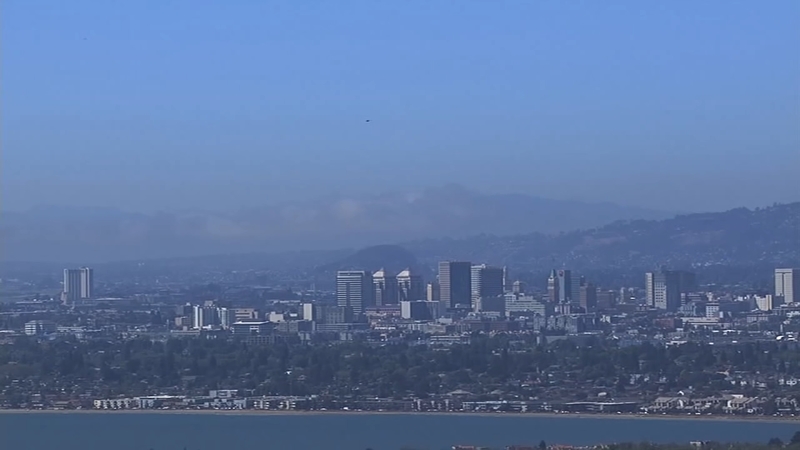 SAN FRANCISCO (KGO) -- Health is an important part of Building a Better Bay Area. There are disturbing numbers out tonight that indicate traffic pollution is hurting some neighborhoods more than others. Researchers are concerned that it is leading to racial disparity.

Access to new sensors and satellite technology has yielded some disturbing data on the effects of traffic generated air pollution in the Bay Area.

"About 2500 lives were lost and about 5200 children develop new cases of asthma every year due to this traffic related pollution," said Sarah Vogel, PhD., vice president of the Environmental Health Fund (EDF) and managing director of its health program.

New research by the EDF and George Washington University points out the impact is greatest in communities of color. It uses Oakland as an example.

Researchers say the disparity makes a compelling argument for the transition to zero emission vehicles.

One in two new cases of childhood asthma tied to traffic related pollution are reported here while in the hills, it's one in five.

Council members next door in Berkeley are aware of the health issues traffic pollution causes but expressed frustration in this CalPIRG student town hall that local control of transportation is difficult.

"I think we're going to be pushing at the state and federal level to give us more authority to do that or just insist the state does this themselves," said council member Kate Harrison.