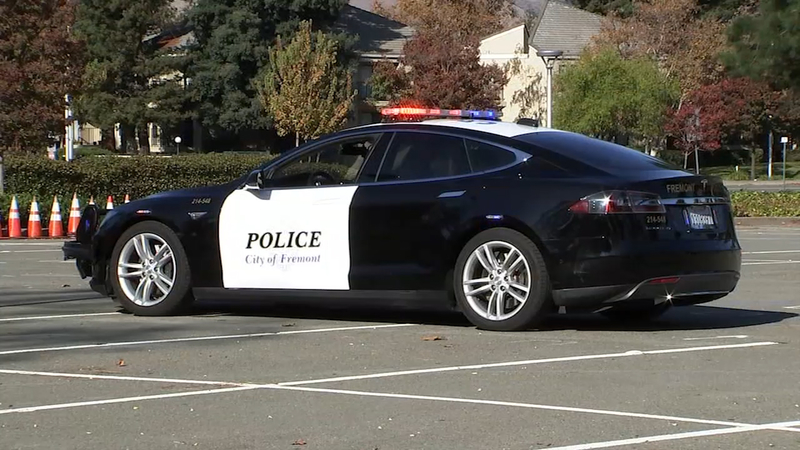 FREMONT, Calif. (KGO) -- As we continue to search for solutions to pressing problems across the Bay Area, ABC7 News has been focusing all week on Fremont as it works to Build a Better Bay Area.

The Fremont Police Department has been utilizing its strategic location in Silicon Valley to deploy technology to meet a growing demand for service and to attract new officers.

"I'm Kimberly Petersen, and I'm the chief of police with the Fremont Police Department. I've been here for about 23 years."

Chief Petersen oversees an agency of 180 sworn officers and 115 staff members that is increasingly turning to technology to advance its crime-fighting mission.

As Fremont's population has grown, its dispatch center has seen more calls for service. Over 127,000 calls came in the first half of the year. One third of them were 911 emergency calls.

Departments everywhere are competing for recruits. With the help of a consultant, Fremont police created an eye-catching recruitment site, designed to appeal to millennials.

"We're really targeting that audience that is really tech savvy and is doing the majority of their communications on their mobile device," said Capt. Harnett.

The success of the micro-site is still being evaluated. Six recruits have been hired so far this year. Among them, a former restaurant manager and an intern at Facebook.

Jasmine Narro is in her fourth week on the street with field training officer Antonio Ceniceros. Her hiring is a reflection of the diversity the department is seeking to mirror the Fremont community.

A non-tech incentive is also being tested to attract applicants.

"We currently have a $10,000 signing bonus," Capt. Harnett said. "It's hard to determine right now how much that is incentivizing people to come through."

The department also has a wellness program and a large fitness facility where officers can work out for an hour while on duty.

However, technology remains a focus. For example, Fremont police won residents' support to add drones to its crime-fighting tool kit -- specifying they're not for random surveillance and not equipped as a weapon.

"Our community really wants us to use technology to help us expand the abilities of our police force," said Chief Petersen.

Perhaps its best known, high-profile, high-tech experiment is a black and white sedan, believed to be the nation's first all-electric, fully deployable, fully equipped Tesla patrol car. It's an example of the kind of public-private partnership Fremont is fostering with so many tech companies located here, not just Tesla. That vision has Fremont police imagining how tech could enhance patrol work.

"We ride single officers in a police car, but how wonderful it would be to have a virtual partner so maybe there's some technology that could enable that," noted Capt. Sean Washington, who is in charge of the Tesla patrol vehicle project.

For now, criminals are taking note that they can't outrun a Tesla. Capt. Washington said some suspects "made some comments that, hey, it would have been very difficult to flee from this particular vehicle because of the performance that it has."

As the public and officers have more access to advanced technology, the relationship between residents and police in the future could be enhanced.

"They (the public) are going to be sending a video directly to dispatch or maybe send it directly to the officer, who can then look at it on their computer while the car's driving itself to the call, so huge changes for law enforcement, for sure."