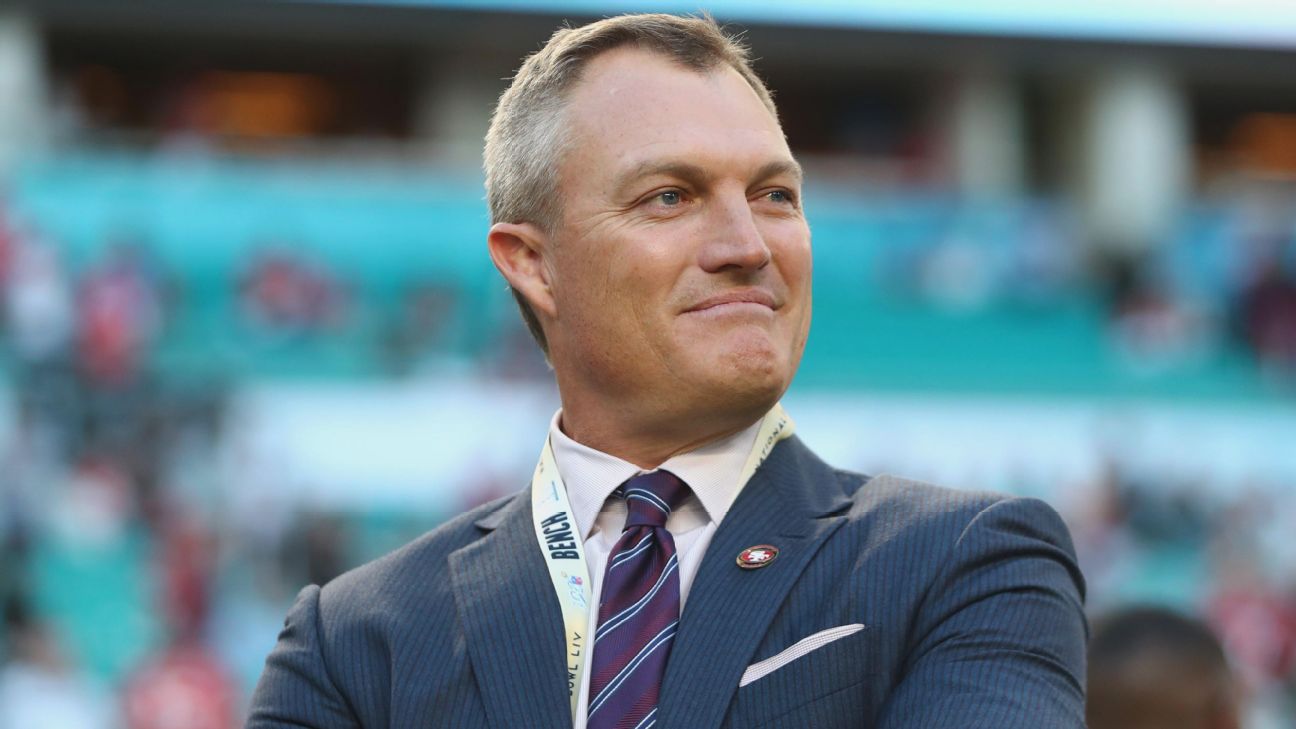 SANTA CLARA, Calif. -- If the NFL draft breaks a certain way this week, the San Francisco 49ers figure to be busy burning up the phone lines and video conferences with trade discussions.

General manager John Lynch confirmed Monday afternoon what ESPN NFL Insider Adam Schefter reported Monday morning: The 49ers are open for business when it comes to trading either of their first-round picks at Nos. 13 and 31.

"I'm comfortable saying that there's scenarios where we are going to be open at both of those picks to moving back," Lynch said. "It's out there for everyone to see. We have two firsts, and then we don't have a pick until the fifth, where we have two picks, and then a sixth and two sevenths. So with those picks, there's a big gap in there, so maybe you don't want 10 [picks], but a couple more might be nice just to close that gap."

As it stands, the 49ers aren't slated to pick after No. 31 until No. 156. They traded their second-round pick to the Kansas City Chiefs last offseason for defensive end Dee Ford and sent picks in the third and fourth rounds to the Denver Broncos for wideout Emmanuel Sanders and a fifth-round choice at midseason.

San Francisco acquired the 13th pick on March 18, when it traded defensive tackle DeForest Buckner to the Indianapolis Colts for that selection. Pick No. 31 is the 49ers' original choice.

To this point, Lynch said those picks have received interest, but there has not been any sort of actionable offer. Nor would Lynch expect there to be this early, given that the team's interest in trading either pick is dependent on how the draft plays out.

For instance, Lynch said there are circumstances in which the Niners would use the 13th pick even if they got appealing trade offers.

"There also are scenarios where we're going to be real convicted with a player at 13, and we have that in our mind," Lynch said. "Who are those players? I think the way you have to look at it is we lost a special player in Buck, a foundational-type player. So if you can find a foundational player at 13, that's something you have to weigh. Can you find two more foundational players later on? I don't think you pass up on a guy that you think is a difference-maker at those spots. ... Even at 13, which is a relatively early pick, there's so much that can go on, so we're prepared for all scenarios, open to listening, but we're also prepared that if we're convicted at those spots, we'll stand pat and deliver the pick."

Asked how many "foundational players" he sees in this draft, Lynch said he and coach Kyle Shanahan are still sorting through which players would qualify, but he felt comfortable saying roughly six players would have the Niners staying put and selecting. That's a process Lynch and Shanahan will continue until the draft and as it plays out.

Obviously, Lynch would not name those six players, nor would he point to specific positions that might be of interest, though he acknowledged that some of the positional needs are obvious. Defensive tackle, wide receiver and cornerback are among the positions most often linked to the Niners.

Offensive tackle is another one, though some of that speculation has been tied to whether left tackle Joe Staley intends to retire. Lynch admitted that a tackle could be in play for the Niners early as they begin planning for life after Staley, whether it's this year or in the future, but he also said the Niners have reason to believe Staley will return in 2020.

"We have kept in good contact with Joe," Lynch said. "He's doing his typical routine down with his family in San Diego, working out. We're encouraged. We've heard nothing that would lead us to believe that Joe's not going to play, so we are encouraged with that. We'll see where that goes. That is something with each and every player, particularly as they get closer [to retirement], you give them that time that they need, but we are encouraged that Joe is going to be a part of us moving forward."

Draft picks aren't the only thing Lynch & Co. are open to trading right now. As rumors of potential deals for the likes of Ford, linebacker Kwon Alexander, receiver Marquise Goodwin and safety Jaquiski Tarttswirled on Monday, Lynch indicated that only one of those players has been actively shopped: Goodwin.

"The one thing I feel comfortable saying is the one guy where there's actively discussions going on right now is Marquise Goodwin," Lynch said. "That's something we have been clear on. There's also a scenario where Marquise can help us. He brings a lot to the table. So we have been in discussions. It came close a couple times. There's a lot of different aspects to being able to close these deals, and he's a guy because we know he has value, we continue to hang on. We'll see if something happens here as we approach [the draft]. ... Marquise is the one guy out of that group where there's active discussions going on. And the other guys we love and are really looking forward to playing with going forward."

Goodwin started the first six games of last season but tumbled down the 49ers' depth chart as he battled drops and inconsistency. He landed on injured reserve because of knee and foot issues in December, after posting 12 catches for 186 yards and one touchdown.

The 49ers would incur a dead money charge of $1.25 million if Goodwin is traded before June 1 but would save $3.66 million if a deal is completed. Goodwin is scheduled to count $4,906,250 against this year's salary cap. 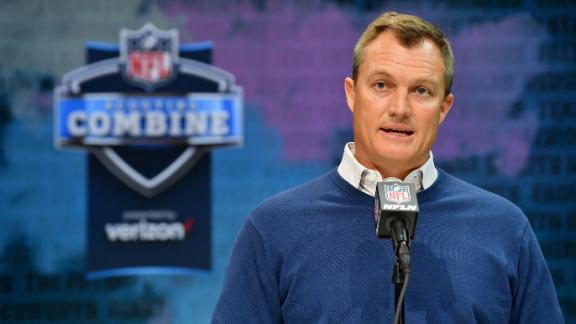 Why it will be surprising if the 49ers make both first-round picks
Nick Wagoner details the 49ers' desire to trade back with one of their first-round picks in this year's draft to acquire more cost-effective talent.
Report a correction or typo
Related topics:
sportsespnnewssan francisco 49ersnflnfl draft
Copyright © 2020 ESPN Internet Ventures. All rights reserved.
More Videos
From CNN Newsource affiliates
TOP STORIES