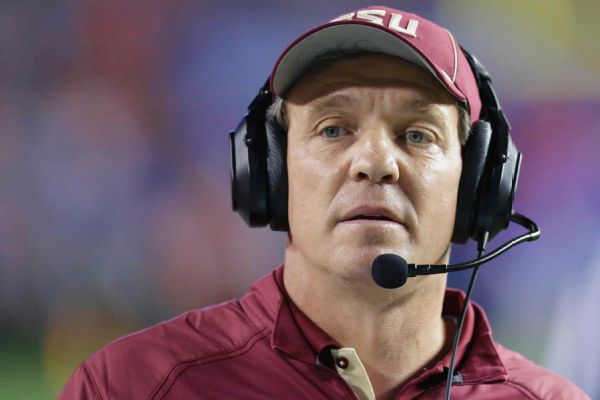 The ACC announced it was fining Florida State $20,000 and Pittsburgh $5,000 and issuing public reprimands to coaches Jimbo Fisher and Pat Narduzzi for violating the league's sportsmanship policy in their postgame comments about officiating after their respective games.

Fisher called a fourth-quarter penalty for blocking below the waist "cowardly, gutless and wrong" and said he welcomed a fine for criticizing ACC officials after his team lost 37-34 to Clemson on Saturday night.The Florida State sideline was flagged for unsportsmanlike conduct while arguing the call.

Narduzzi, meanwhile, was incensed at the officials over pass interference calls and non-calls throughout his team's 39-36 loss to Virginia Tech on Thursday night. Afterward, he said about the Hokies, "They did a great job pushing off all night. Give them credit for that."

The ACC Sportsmanship Policy states: "Public criticism of officials or public comments evaluating the officiating of particular contests is not in the best interest of intercollegiate athletics. Individuals associated with the athletics program are prohibited, therefore, from commenting while acting in an official capacity on officiating other than directly to the conference office."

Fisher was especially enraged over the call because it negated a long run by Dalvin Cook that would have given Florida State field position to try to increase its lead. Instead, the Seminoles were forced to punt on the drive, and Clemson came back to win.

During his comments, Fisher referred to the call as a chop block. But it was called an illegal block below the waist on the field. According to the rulebook, after the ball has left the tackle box, all players are allowed to block below the waist only if the force of the initial contact is directed from the front. Replay shows fullback Freddie Stevenson appearing to block Clemson safety Van Smith from the side.

"It was ridiculous," Fisher said. "It was not a chop, it was a not-chop. I will tell you what: You hold coaches accountable, you hold players accountable, hold the damn officials accountable. It is garbage, and then to call another penalty on the sideline is even more garbage. It's cowardly, gutless and wrong.

"They can take it, fine it, do whatever they want to do with that. That's a fact. Look at the film. It's ridiculous that they do that. That was a huge call in the game. Now, still had chances to win the game after that, [but] that was ridiculous and the guy wasn't even in position to make the call." 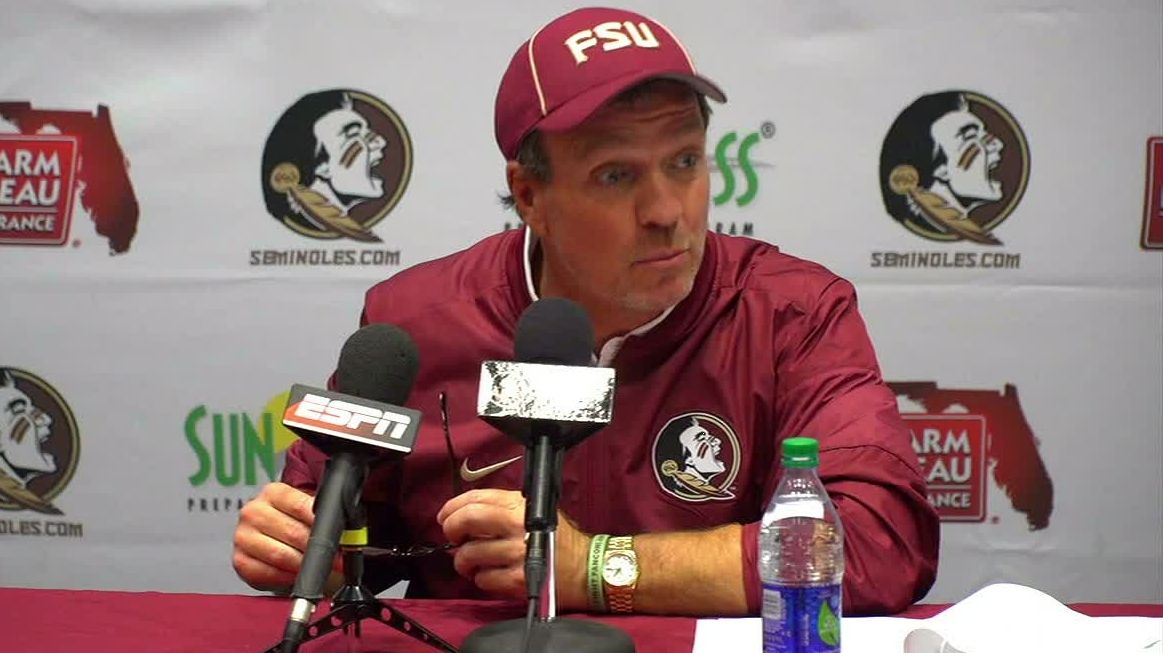