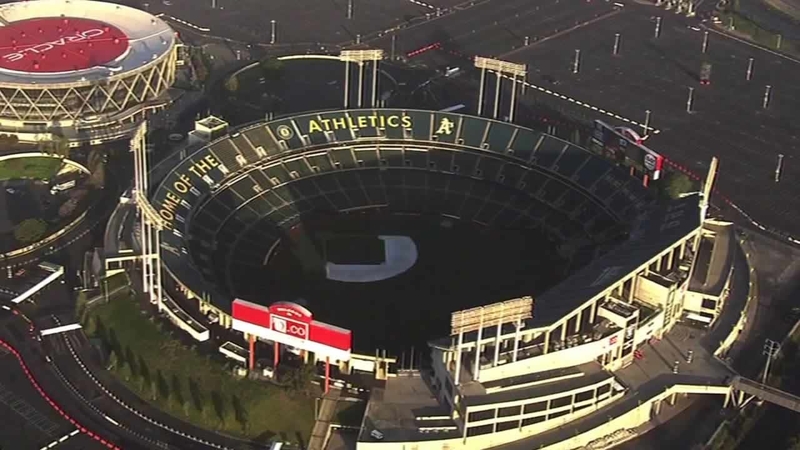 OAKLAND, Calif. -- The board that manages the O.co Coliseum has approved a new 10-year lease for the Oakland A's after a lengthy meeting this morning.

The Oakland-Alameda County Coliseum Joint Powers Authority voted 6-2 in favor of the lease proposal, which still has to be approved by the Oakland City Council and Alameda County Board of Supervisors.

Oakland city appointees, who make up half of the eight-member board, had previously indicated that they opposed the proposal.

Alameda County Supervisor Nate Miley, who chairs the board, called a special meeting of the JPA last Friday, but Oakland's four members didn't attend so there wasn't a quorum to hold the meeting.

Oakland's members attended Thursday's meeting and the lease proposal was approved after a lengthy closed-door session. City Councilmember Rebecca Kaplan and city appointee and sports agent Aaron Goodwin were the two board members who voted against the plan.

"After much diligence and cooperation from both parties, we are delighted to make this announcement today," A's owner Lew Wolff said in a statement. "We believe this agreement works well for city and county
taxpayers, the team, A's fans and all involved."

The lease would run through 2024 and require the A's, who in the past have proposed moving to San Jose, to give the JPA two years' notice of their intent to move the baseball team to another city.

The team's annual lease payments would start at $1.75 million per year, about $250,000 more than their current rate, and would eventually drop to $1.25 million.

The deal would forgive the A's more than $5 million that the team has deducted from past rent payments to offset a city parking tax and would put that money toward a $10 million scoreboard the A's would buy and install in time for the 2015 season.

Miley said in a statement, "By reaching this agreement, both the franchise and the community have charted a course of stability for the next decade."

The agreement also takes into account the possibility of a new stadium for the Oakland Raiders football team, which shares the Coliseum with the A's.

A's officials said if plans and funding materialize for such a venue, they will work with the JPA on ways to "ensure maximum flexibility" for both teams.

The signing of the lease is not diminishing the hopes of San Jose city officials who want to bring the team to the South Bay.

San Jose is awaiting an decision by the Ninth Circuit Court of Appeals that could strike down Major League Baseball's anti-trust exemption.

Baseball has used the exemption to block efforts by A's ownership to move the team to San Jose.

Mayor Chuck Reed says he's happy the team has agreed on a home for the next decade, but he wants to accommodate Wolff's wish to move the team to his city.

The case will be heard by the appeals court August 12.