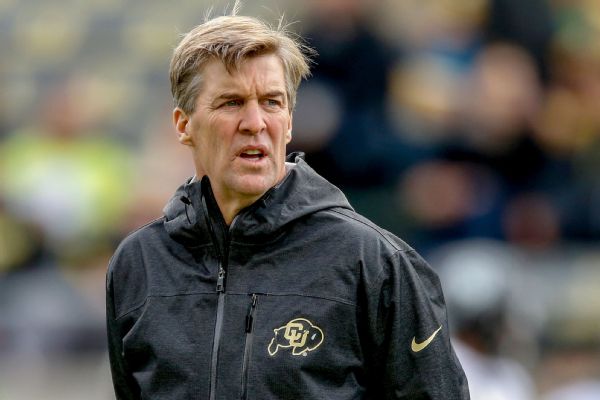 Coloradocoach Mike MacIntyre quashed any speculation that he might be thinking about the Baylor Bears' vacancy after the Pac-12 championship game Friday.

"I'm not going to Baylor," MacIntyre told The Denver Post after the Buffs' 41-10 loss to Washington. "I love it at Colorado. And my family loves Colorado."

Earlier this week, Colorado athletic director Rick George said he "absolutely" expects MacIntyre, who has two years remaining on his contract, to remain with the school.

George also said he'd sit down with MacIntyre, the Pac-12 coach of the year, to discuss the state of the program and a potential extension. According to USA Today, MacIntyre is the lowest-paid coach in the conference at a little more than $2 million per season.

"When he's in his season we talk, but we don't talk about those kinds of things during the season," George said. "We wait until the season is over."

The Buffaloes won the Pac-12 South this season and have a 10-3 record as they wait to find out if they will play in the Rose Bowl or the Alamo Bowl.