KGO
SACRAMENTO, Calif. (KGO) -- A landmark bill from California Congresswoman Nancy Skinner that would allow college athletes to get money from endorsements moved one step closer to becoming a reality.

On Wednesday, the California Senate voted 31-4 to pass SB 206 "The Fair Pay to Play Act". It now heads to the state Assembly for consideration.

"The California Senate has spoken loud and clear: Student athletes should enjoy the same right as all other students - to earn income from their talent," Rep. Skinner, D-Berkeley, said. "SB 206 gives our college athletes the same financial opportunity afforded to Olympic athletes."

Yes!!! The California State Senate has spoken! It has just passed my legislation, #SB206, which will allow California college athletes to earn income from endorsement deals, with bipartisan support on 31-4 vote.https://t.co/CzLKufFJSD

Skinner argues that student athletes generate tens of billions of dollars for their colleges, corporate sponsors, and television networks but don't get their fair share of the revenue.

"NCAA rules disproportionately harm students from low-income families," Skinner added. "And they're particularly unfair to female athletes, because for many young women, college is the only time they could earn income, since women have fewer professional sports opportunities than men."

#SB206 punches a hole in unfair rules that exploit college athletes and allow the NCAA, universities, TV networks, and corporate sponsors to pocket huge sums. Under #SB206, Calif. student athletes will enjoy the same right as all other students — to earn income from their talent,

Under the bill, all California student athletes would be able to hire sports agents and earn money from their name, image, or likeness starting in 2023. 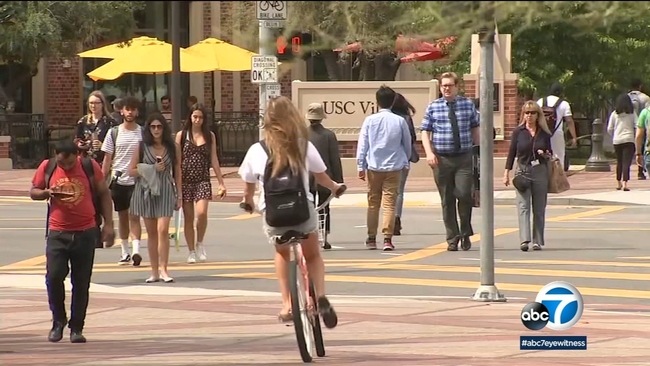