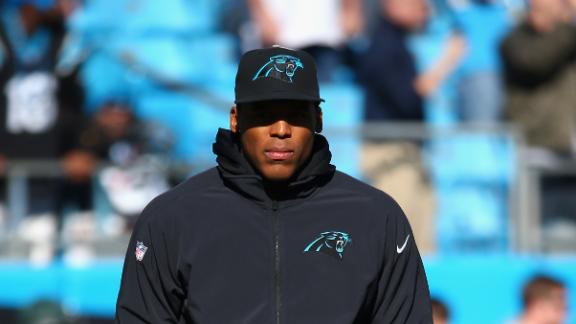 CHARLOTTE, N.C. -- Carolina Panthers quarterback Cam Newton returned to practice Wednesday for the first time since suffering two small fractures in his lower back in a Dec. 9 automobile crash near Bank of America Stadium.

Newton worked with the second team during the first 20 minutes of practice that were open to the media.

Derek Anderson, who started in Sunday's 19-17 victory over Tampa Bay, worked with the first team.

Newton's status for Sunday's game against Cleveland remains unclear. He moved well and threw well for the most part. He ran to the beginning of drills in a wide-open sprint and made a few juke and jive moves on the read option without difficulty.

He was slightly off on a couple of deep passes, but his arm strength and velocity appeared strong. He threw a 60-yarder to Stephen Hill that the practice squad receiver couldn't catch up to.

Coach Ron Rivera said on Monday he hopes to make a decision on his starter as early in the week as possible. He said the decision on whether Newton can start will be a combination of what doctors and trainers say and what he observes.

The Panthers (5-8-1) remain in the race for the NFC South title with New Orleans (6-8) and Atlanta (5-9). They need to win their final two games and for the Saints to lose to repeat as division champions.