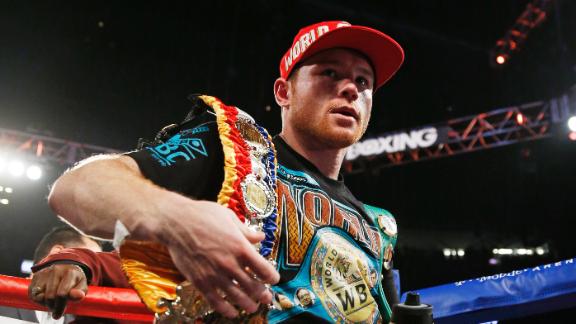 ESPN
By Dan Rafael
Lineal middleweight world champion Canelo Alvarez vacated his alphabet title on Wednesday but said he still wants to finalize a fight with unified titleholder Gennady Golovkin, which looms as the biggest fight in boxing.

"After much consideration, I instructed my team at Golden Boy Promotions to continue negotiating a fight with Gennady 'GGG' Golovkin and to finalize a deal as quickly as possible," Alvarez said. "I also informed the WBC that I will vacate its title."

After scoring a sensational one-punch, sixth-round knockout of Amir Khan to retain the title May 7, Alvarez was mandated to fight Golovkin, the interim titleholder, with a likely date of Sept. 17, potentially at AT&T Stadium, home of theDallas Cowboys.

Alvarez and Golden Boy CEO Oscar De La Hoya faced a Tuesday deadline to make the mandatory fight or the WBC would hold a purse bid, an auction in which promotional rights to the fight would have gone to the highest bidder. The bid amount is split between the fighters, generally a 55-45 split in the case of a WBC title fight between a titleholder and interim titlist.

The sides still had many issues to address, and the fight was unlikely to be finalized by the purse bid, so Alvarez vacated the title but said he still very much wants to fight Golovkin.

"For the entirety of my career, I have taken the fights that no one wanted because I fear no man," Alvarez said. "Never has that been more true than today. I will fight GGG, and I will beat GGG, but I will not be forced into the ring by artificial deadlines.

"I am hopeful that by putting aside this ticking clock, the two teams can now negotiate this fight, and GGG and I can get in the ring as soon as possible and give the fans the fight they want to see."

Although the Alvarez-Golovkin mandatory bout was due after Alvarez won the title from Miguel Cotto on Nov. 21, Alvarez and De La Hoya wanted to have at least one more fight first. The camps worked out a deal with the WBC under which each would have an interim bout.

Two weeks later, Alvarez (47-1-1, 33 KOs), the 25-year-old Mexican star viewed as the face of boxing in the post-Floyd Mayweather/Manny Pacquiao era, obliterated Khan in the main event of the first boxing event held at the new T-Mobile Arena in Las Vegas.

Alvarez and De La Hoya said at the postfight news conference they would make Golovkin an offer.

While De La Hoya and Tom Loeffler of K2 Promotions, who represents Golovkin, had several conversations and were negotiating the fight, the deadline of the purse bid loomed.

"There is no denying that Canelo is the biggest star in the sport of boxing," De La Hoya said. "He is eager to get in the ring with GGG to show the world that he is also the best pound-for-pound fighter in the sport. But we won't negotiate under a forced deadline. Now that the WBC title is off the table, I am hopeful that GGG and his promoter, K2 Promotions, will come to the table in good faith and get this deal done."

Once Alvarez relinquished the belt, WBC president Mauricio Sulaiman announced that, per their agreement, Golovkin was elevated to the organization's full titleholder and that his interim tag was removed. That means Golovkin now holds three of the four major belts. His goal for years has been to hold all four simultaneously.

"The WBC has received official confirmation from Golden Boy Promotions of Saul 'Canelo' Alvarez's decision to vacate the WBC middleweight championship," Sulaiman said. "Gennady Golovkin is hereby recognized as the undisputed WBC middleweight champion of the world. The WBC wishes Canelo Alvarez great success in his career and will certainly look forward to seeing Golovkin vs. Alvarez materialize in the future."

Golovkin happily accepted his new status but said he believes Alvarez will still fight him.

"I'm honored to be named WBC middleweight world champion," Golovkin said. "Canelo is a warrior, and I know we will still fight because that's the fight the fans want to see.

"I am one step closer to my goal of getting all of the middleweight titles and proving that I am the best middleweight in the world."

Golovkin is three-quarters of the way to his goal, but Loeffler said he will continue to negotiate with De La Hoya to make the sport's most anticipated fight.

"I'm still 100 percent confident that the fight will happen," Loeffler told ESPN.com. "Canelo is clearly the most marketable fighter in the sport of boxing, and that's not going to change our negotiating position, that he doesn't have the title. We will do what we can to make the fight in his next fight.

Loeffler said that talks with De La Hoya had been going smoothly and that Golden Boy vice president Eric Gomez called to notify him that Alvarez would vacate before it was made public.

"Negotiations were progressing and cordial," Loeffler said. "I have respect for them. They didn't ask the WBC for an extension or an exception. They did exactly what they agreed to when we agreed to [interim fights]. They said they would not hold the title hostage if we couldn't make the fight."

Whether they can make the fight for September remains to be seen. Many believe that while Alvarez wants the fight next, De La Hoya doesn't want to risk his company's cash cow right away against Golovkin and will look to put the bout off until at least next May. That means Alvarez and Golovkin would each fight at least one more time before fighting each other.

As far as Loeffler is concerned, he wants to get it done for September.

"There's plenty of time to make the fight," he said. "This doesn't diminish the chance to make the fight with Canelo. Whether it's the next fight or next year, I'm still very optimistic the fight will happen. It's the biggest fight in boxing and the one fans are clamoring to see.

"Golden Boy has not given me any indication that the fight wouldn't happen next. If we can make the Canelo fight, that's the best possible scenario. If we can't, we will look for the next best fight for Gennady."

When Loeffler and De La Hoya were negotiating, the weight for the bout was not an issue, Loeffler said.

"It never came into play," he said. "It was about the financial aspects of the fight, the location. It wasn't really in-depth yet, but weight didn't come up. It wasn't a stumbling block." 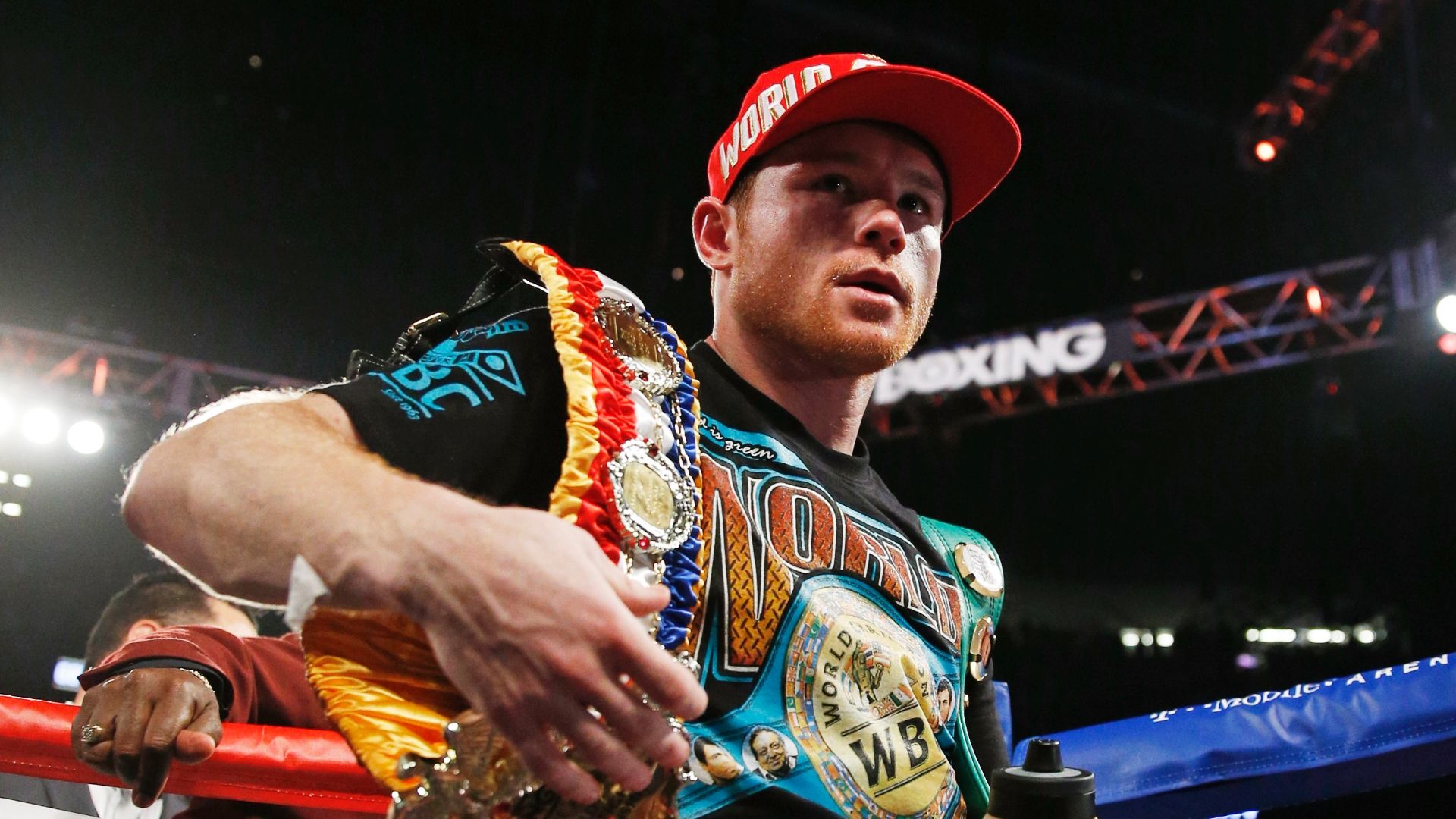