Cavs' LeBron James: 'Don't think we have a rival in our game today' 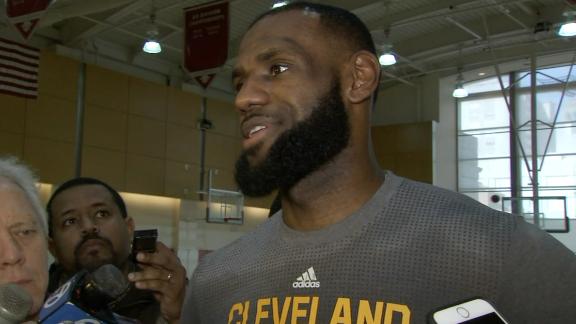 SAN FRANCISCO -- Despite facing off in the past two NBA Finals against the Golden State Warriors and reprising the competition with a riveting 109-108 win on Christmas Day, Cleveland Cavaliers superstar LeBron James doesn't classify the Western Conference foe as a rival.

"I don't think we have a rival in our game today," James said after Cavs practice Sunday, a day before Cleveland will meet Golden State again for the second of two regular-season meetings. "We've had two great Finals appearances the last two years, but I had the same with San Antonio when I was in Miami. We weren't rivals. And I think I played those guys more, so I wouldn't look at it as rivals."

As a player, James has played San Antonio three times in the Finals -- 2007 with the Cavs, and 2013 and '14 with Miami -- compared to his two Finals against the Warriors.

He was complimentary of the league-leading 34-6 Warriors, however. After the Cavs' 120-108 win over the Sacramento Kings on Friday, James said Golden State has "been the best team the last couple years, last three years."

He continued that type of talk Sunday.

"They're a great team, a hell of a team, probably one of the best teams ever assembled, and they're going to continue to get better and better as the season goes along," said James.

Monday will mark the first time the Cavs set foot in Oracle Arena since their Game 7 win over the Warriors in June.

Exemplifying that difference isKyle Korver, the team's shiny new addition. James was asked if he will prep Korver for the showdown.

Korver, who was acquired from Atlanta in a trade earlier this month, did use the R-word to describe the matchup.

"It's a rivalry, it feels like," Korver said. "I don't know how many of them there are in the NBA right now, but this feels like it's at the top. Those are fun to be a part of. They're heated, they're competitive, there are great players on both sides, and these guys have played against each other so much the last couple of years.

"This is my first time walking into it, so I'm just going to try to add to what they've been doing."

James suggested that this Warriors team is even better than the team that went 73-9 a season ago.

The Kevin Durant version of the Warriors enter Monday 8-2 in their past 10 games. They're winning by an average of 12 points per game, which leads the league and is more than double the Cavs' average margin of victory of 5.9 points.

"To beat teams the way they've been beating them, the point differential's been crazy," said Cavs coach Tyronn Lue.

There were only respectful words coming out of the Cavs' practice aimed toward the Warriors, despite Klay Thompson telling USA Today that James' Halloween party -- which mocked Golden State's blown 3-1 lead in the Finals in various ways -- was "childish."

"That's far removed, man," James said when asked about the party, which included a dummy dressed as Stephen Curry on the ground that guests had to walk over to enter the festivities, sources told ESPN. "There were a lot of people featured. I was also featured in there, too. But that's water under the bridge." 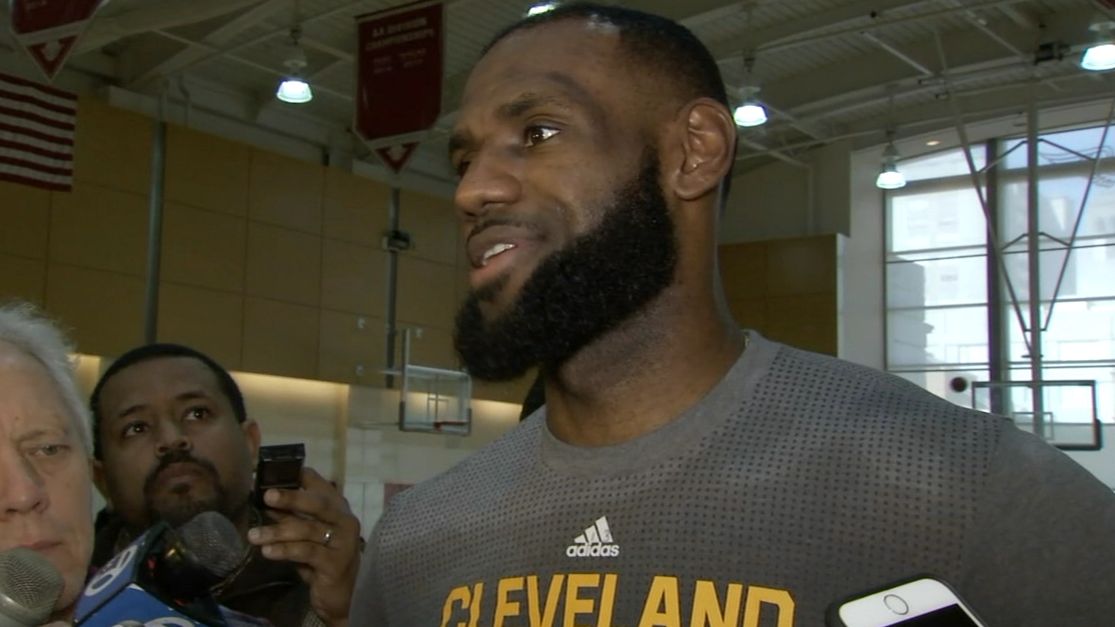